Pictures from the Start of the BPO until now 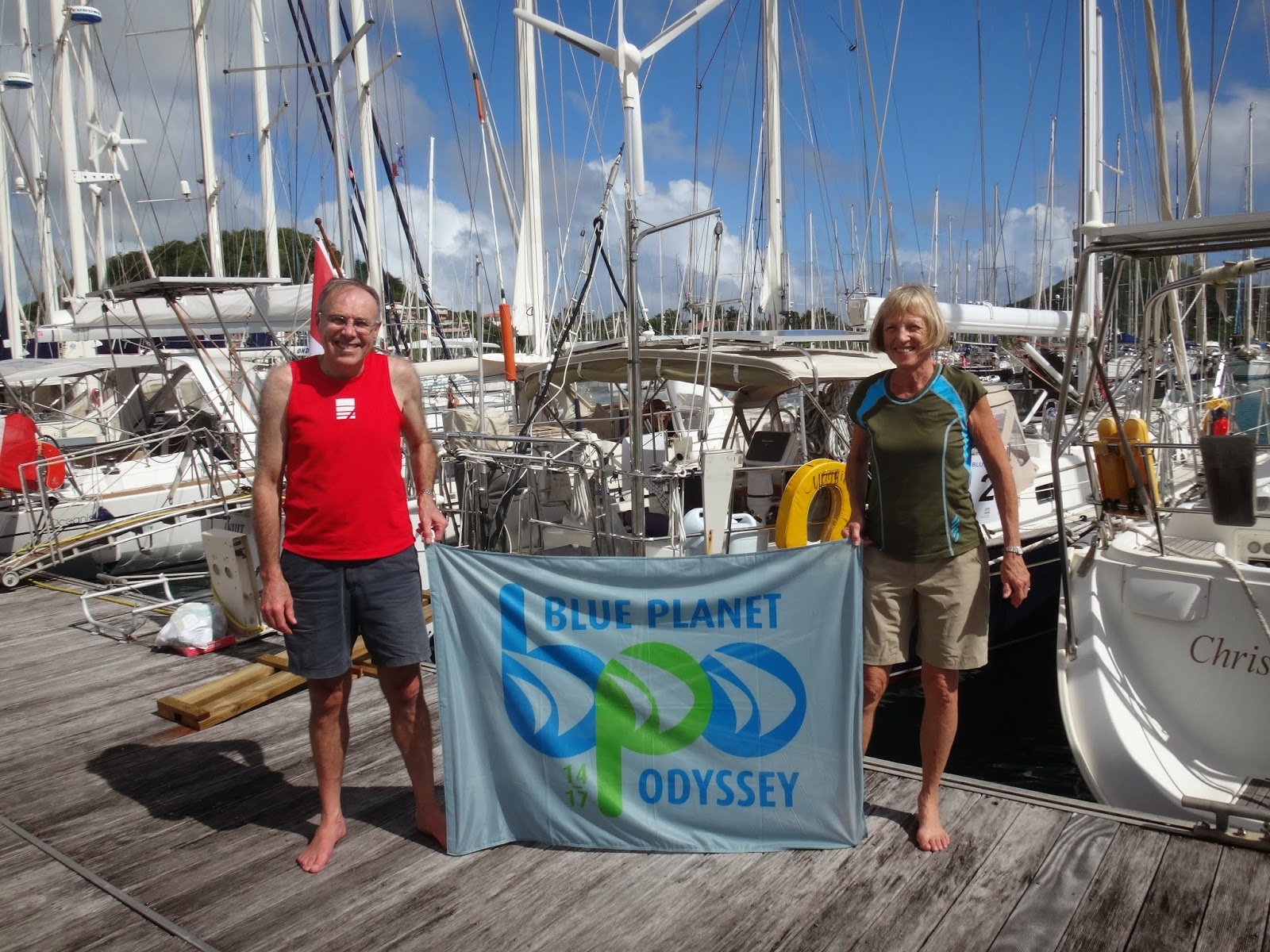 In Martinique with our brand new Blue Planet Odyssey Flag before we departed. 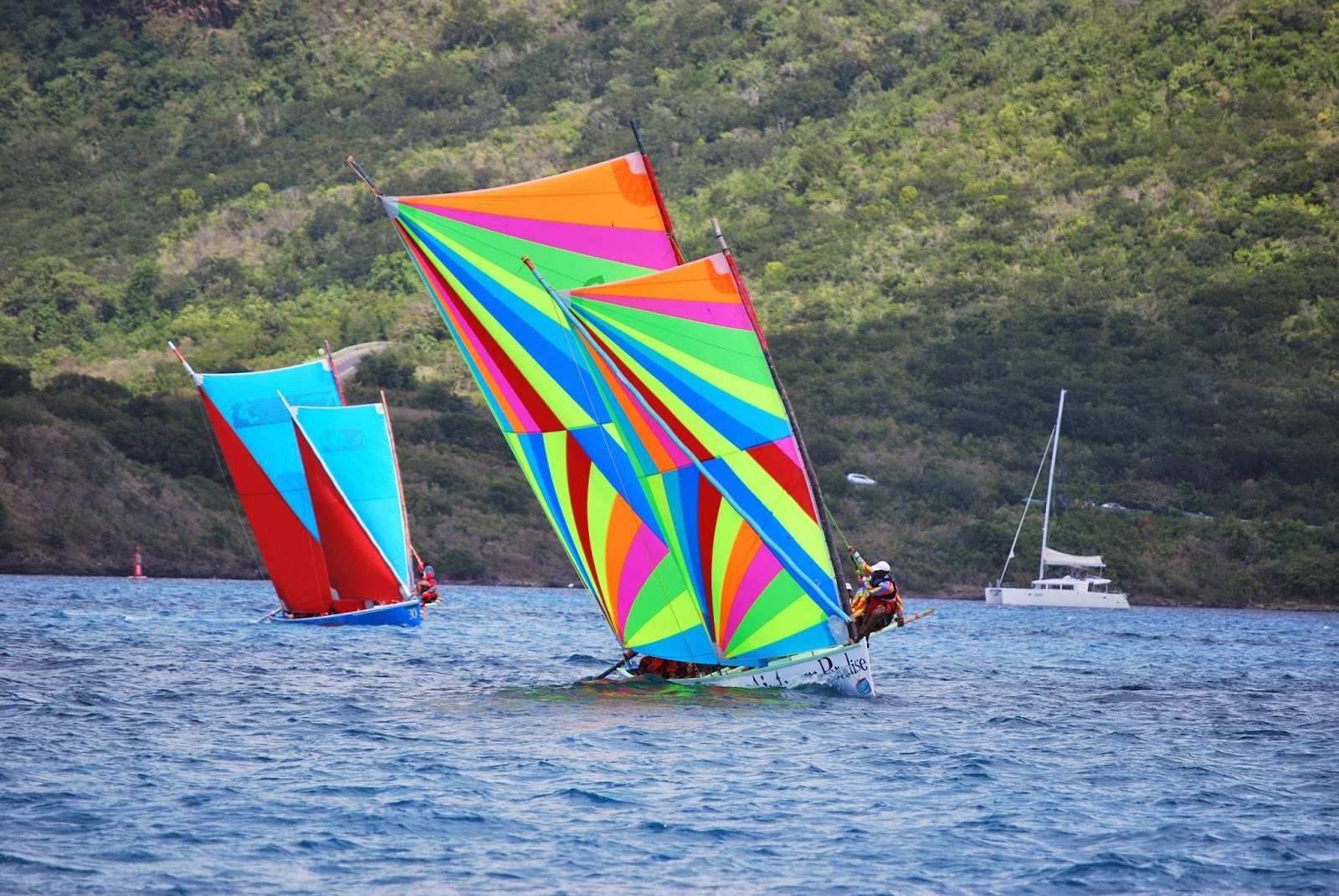 Before the official start watching the Yawls race out of Le Marin harbour. 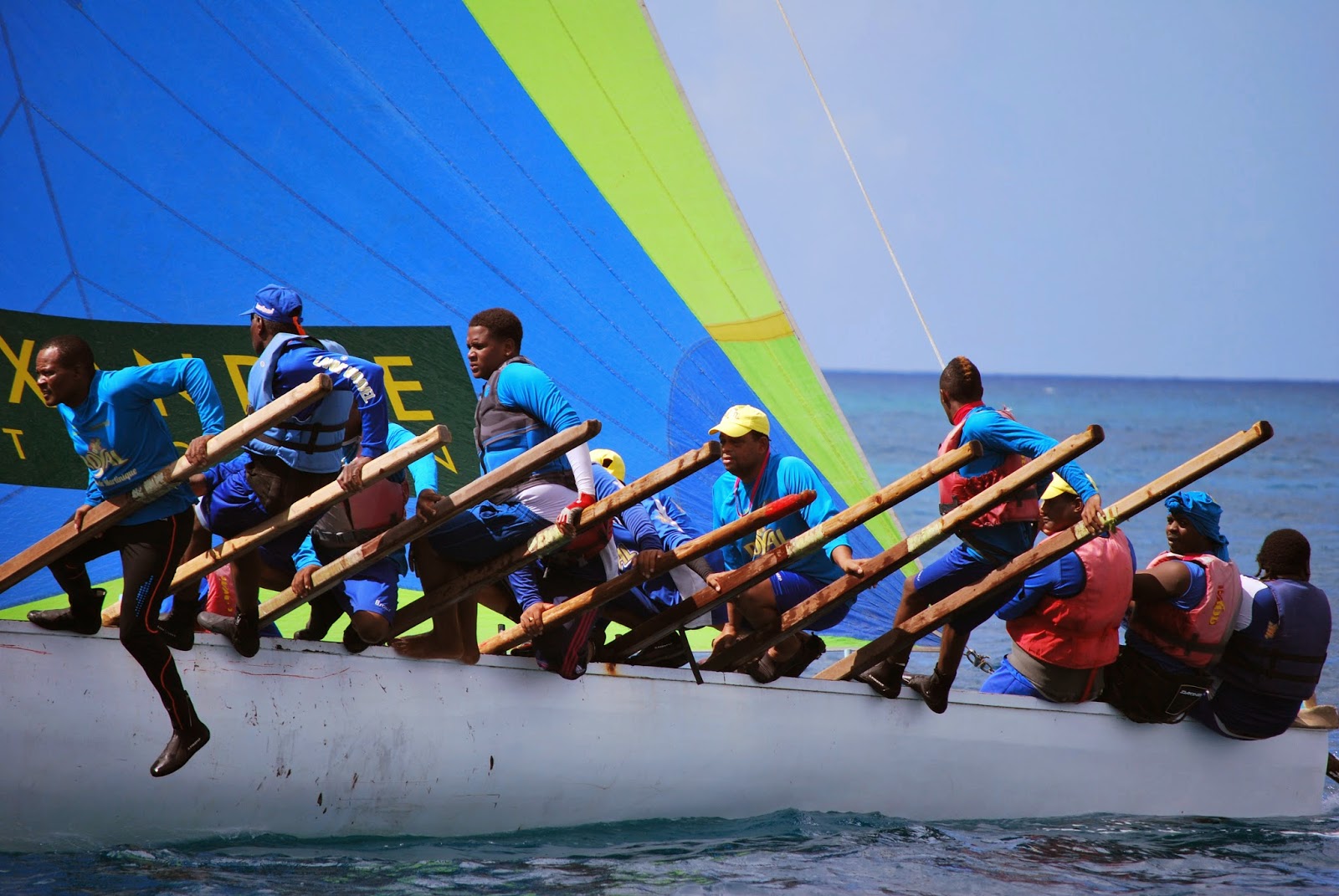 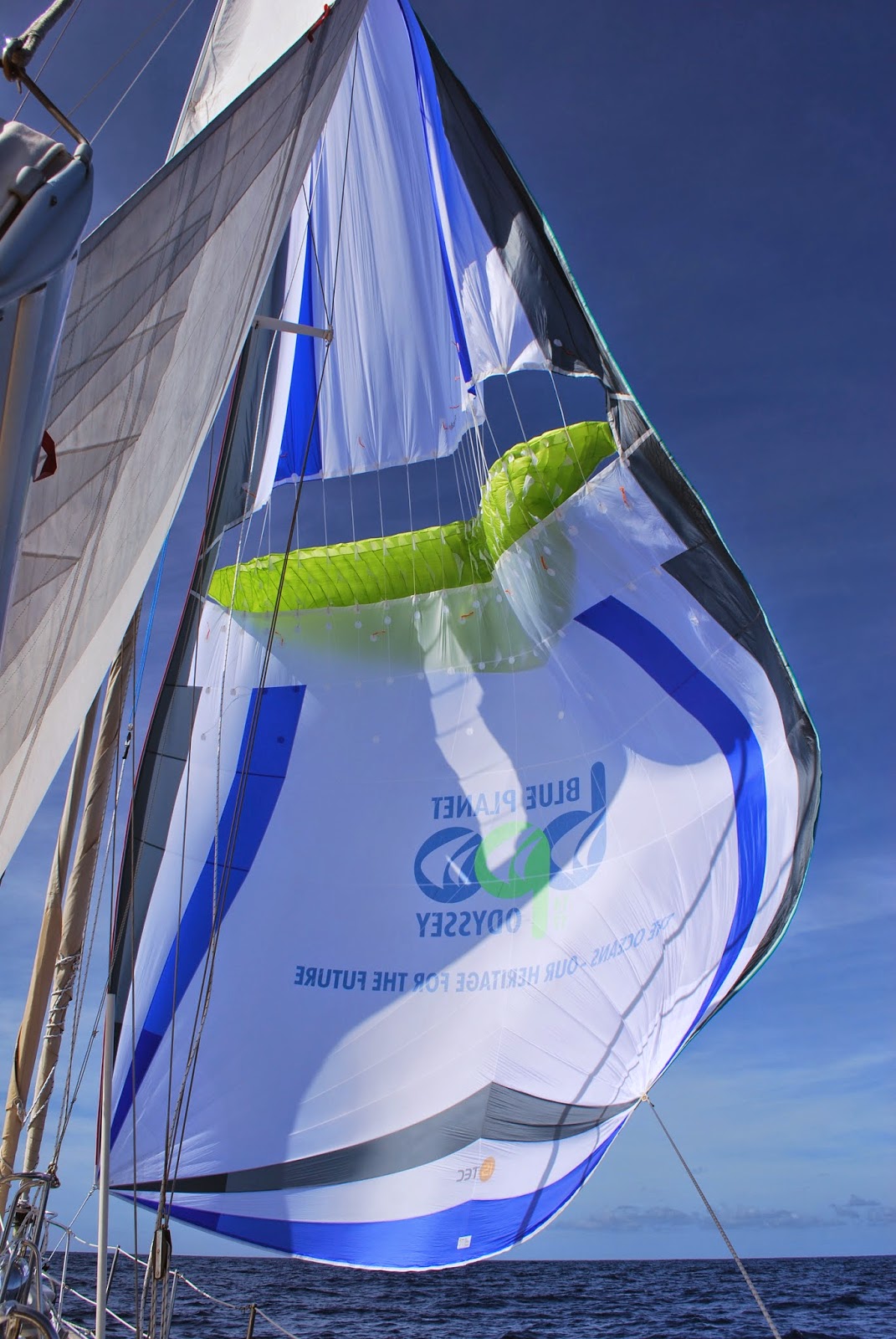 Flying the Blue Planet Odyssey spinnaker for the first time ever on the first day of our trip. 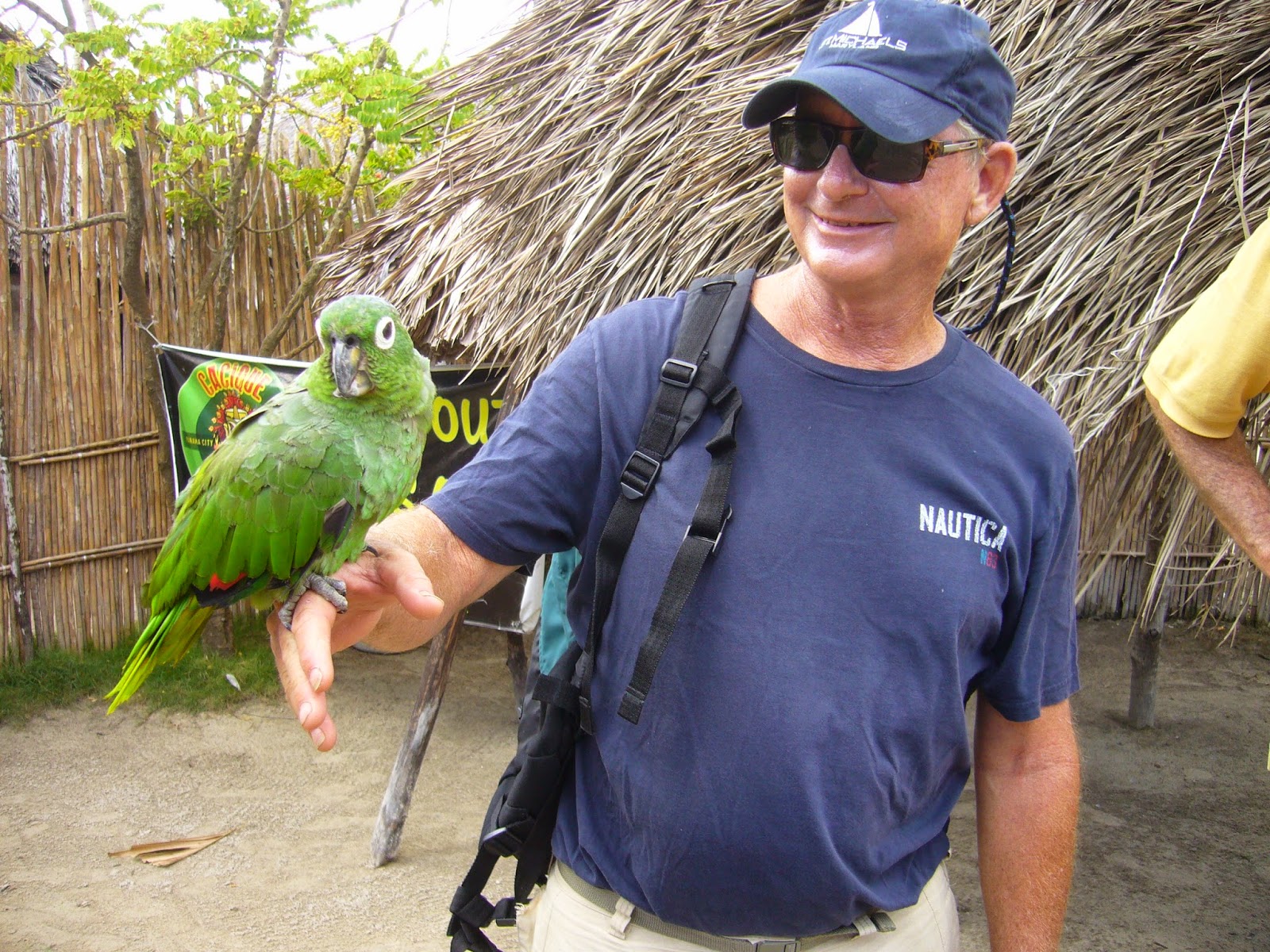 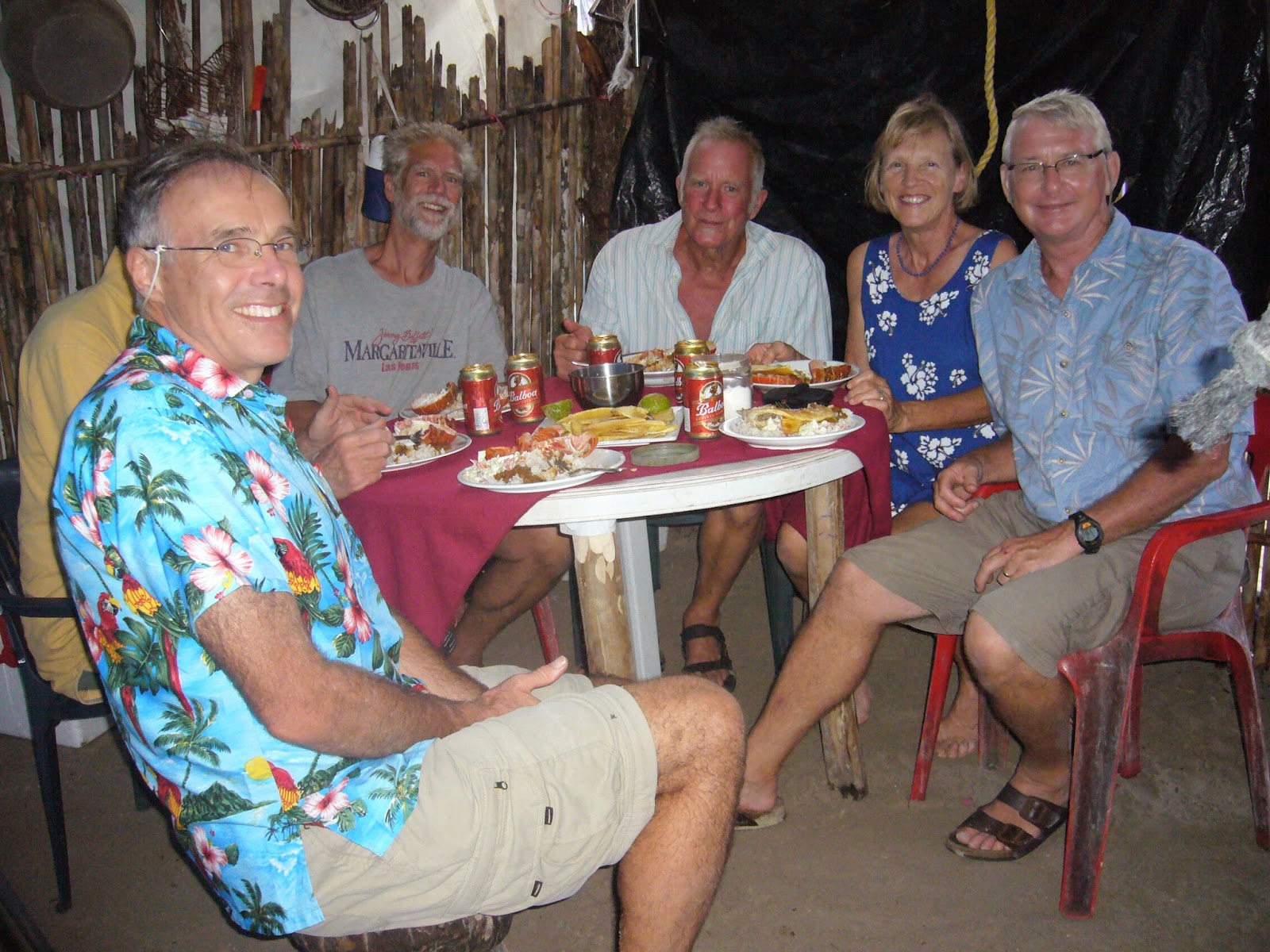 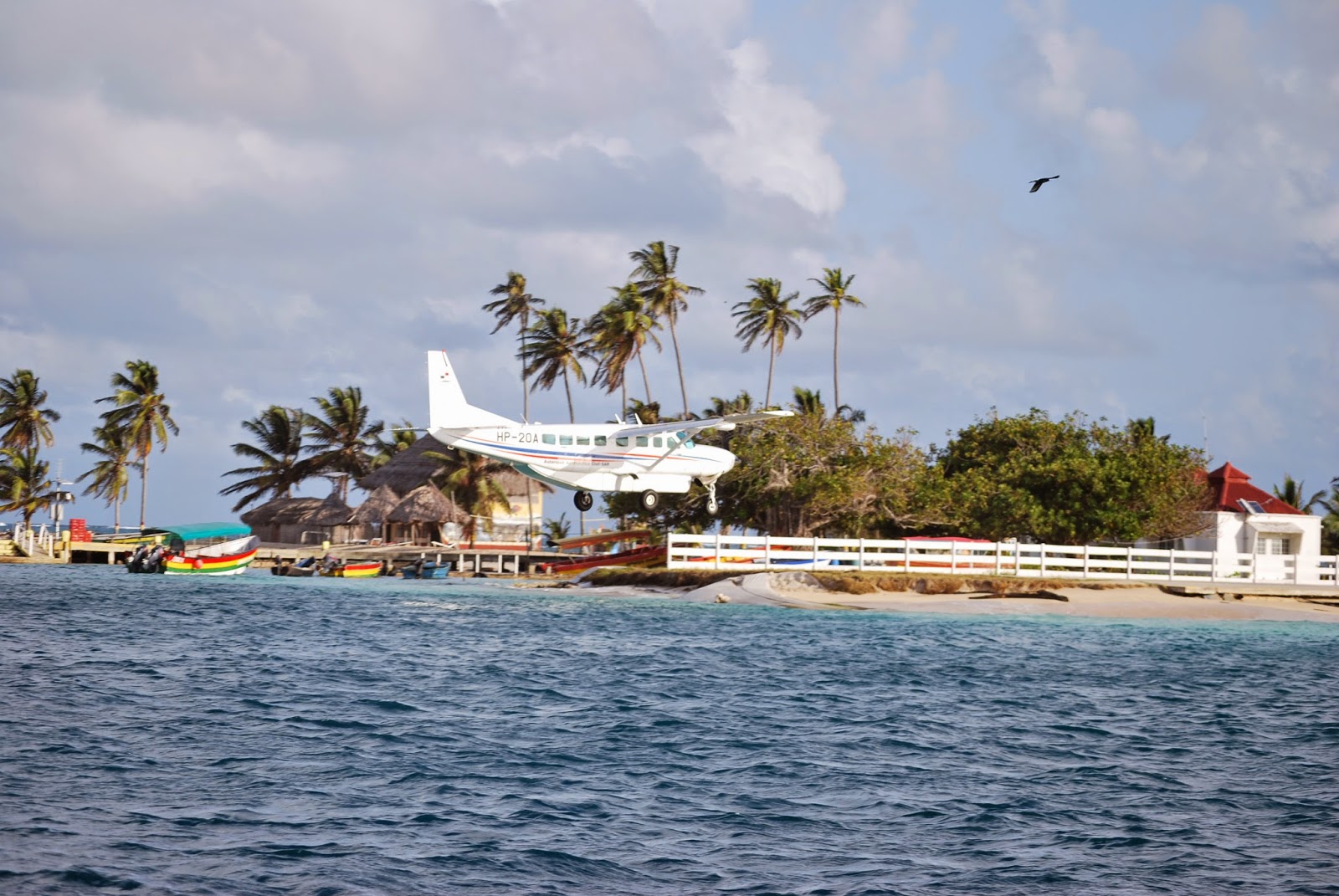 Airplane landing in Porvenir, You can't anchor in line with the runway or the plane will hit the mast on the boat. 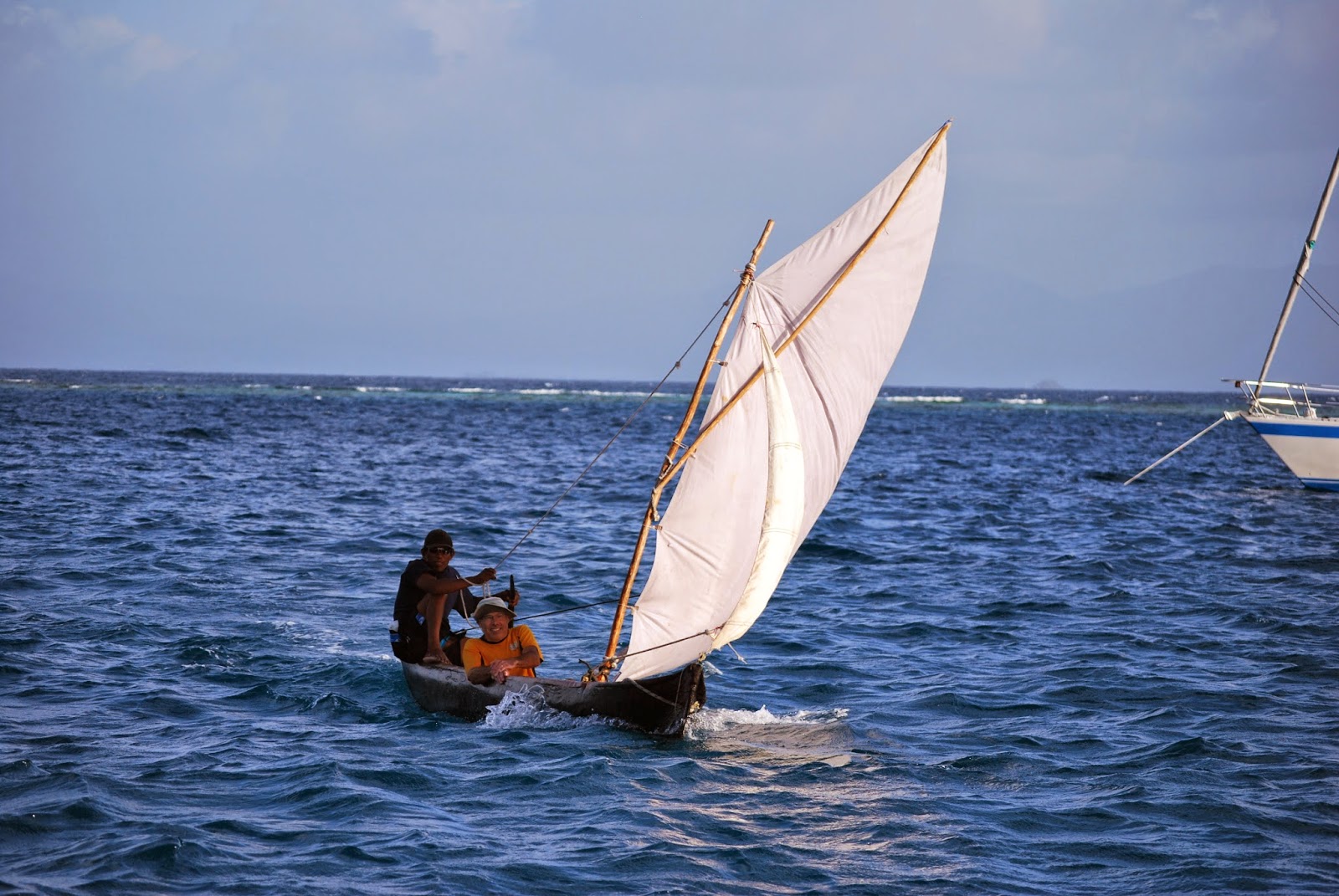 Bob's exciting ride in Nestor's yul with the sail.  Bob is doing his best to lean out and hike while sitting in the bottom of the dugout canoe. 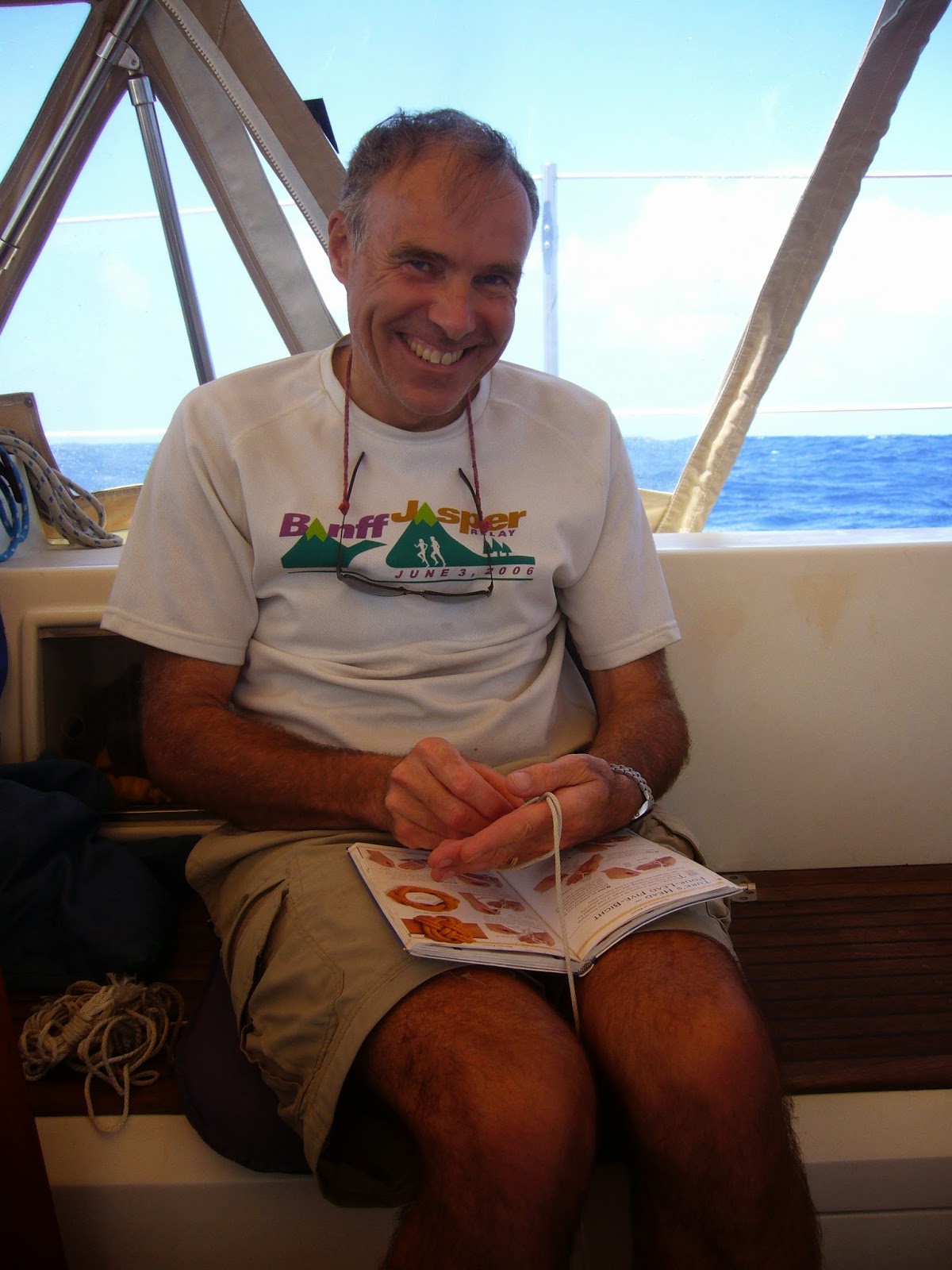 Bob (AKA Captain knot) learning the turkish bend so he can tie one on the helm. 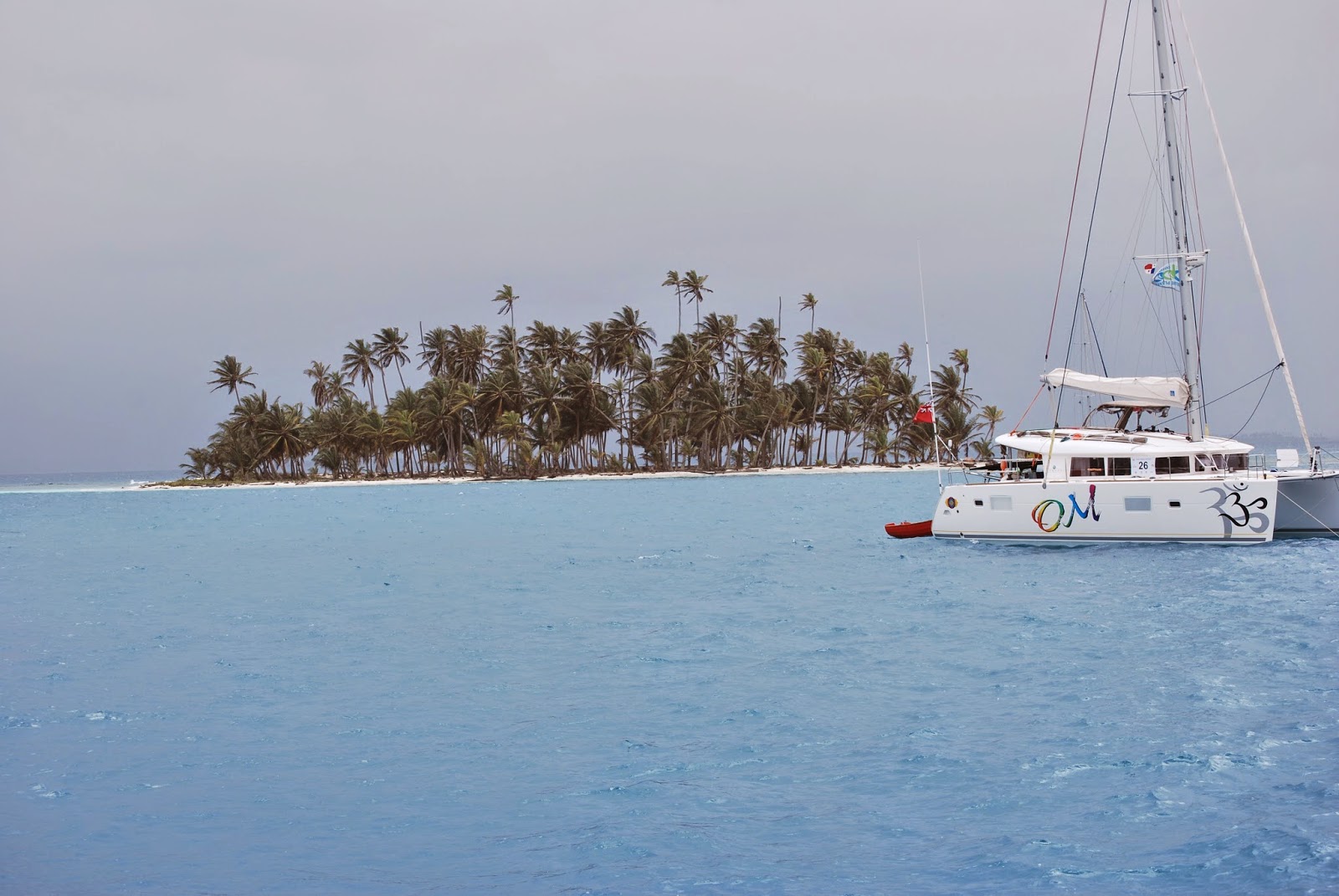 A typical island in the San Blas islands. This is in the Berdero Cays. Note OM in the foreground 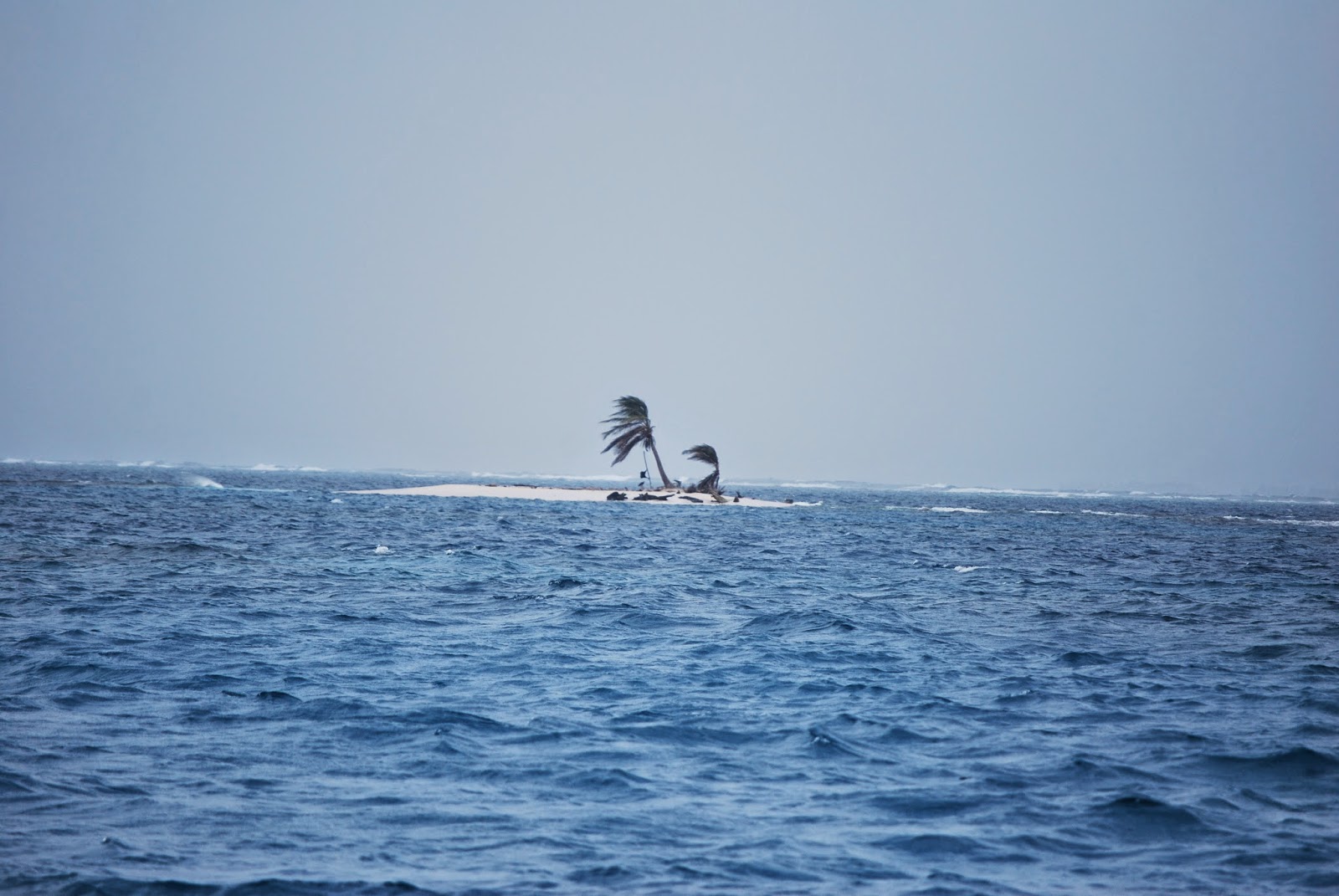 Two tree Island in the San Blas.  A great place to visit, there were people there with a hammock 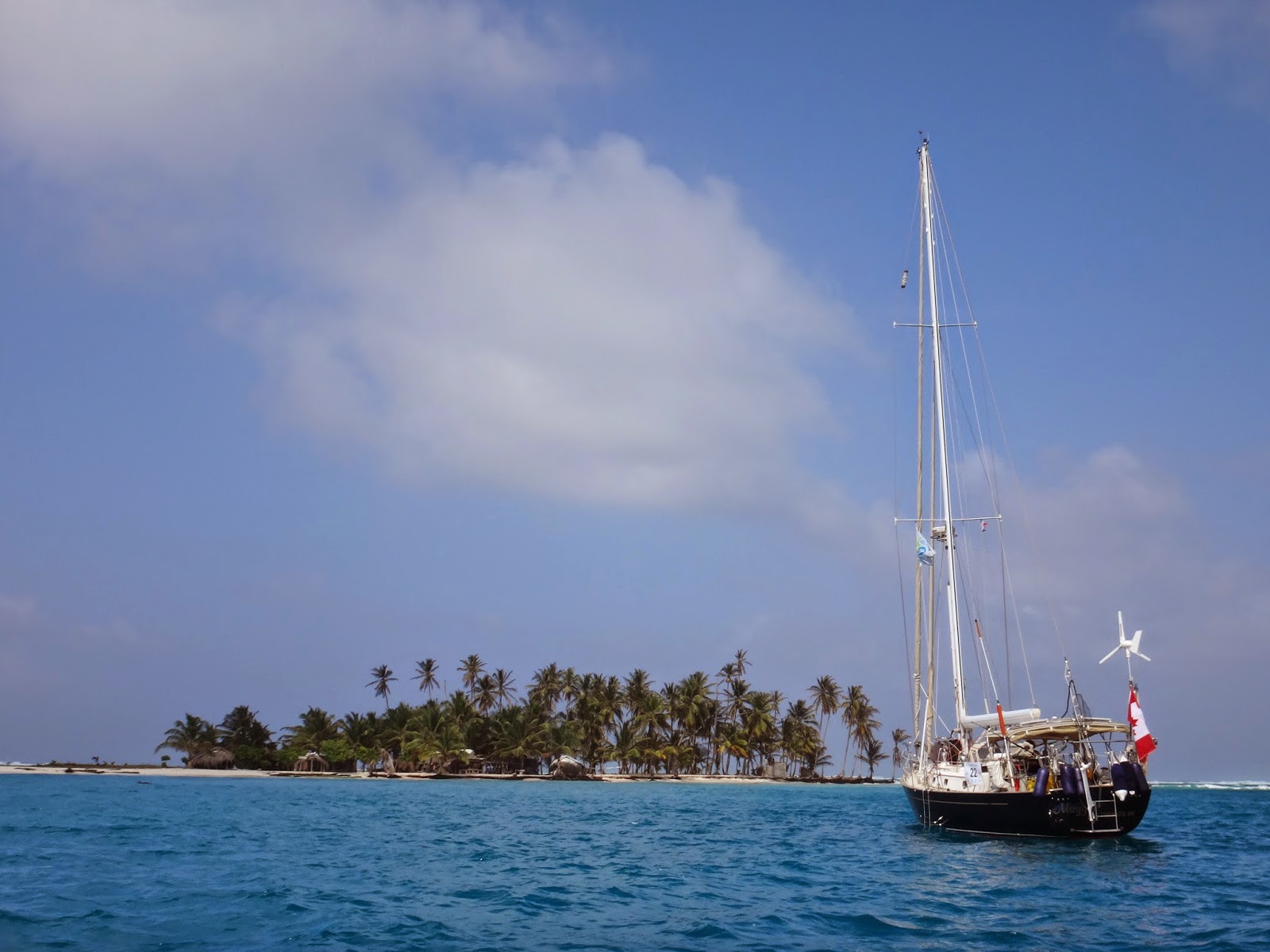 Maggie in the Bendero Cays.  Great reefs here for snorkeling and viewing coral and colourful fish. 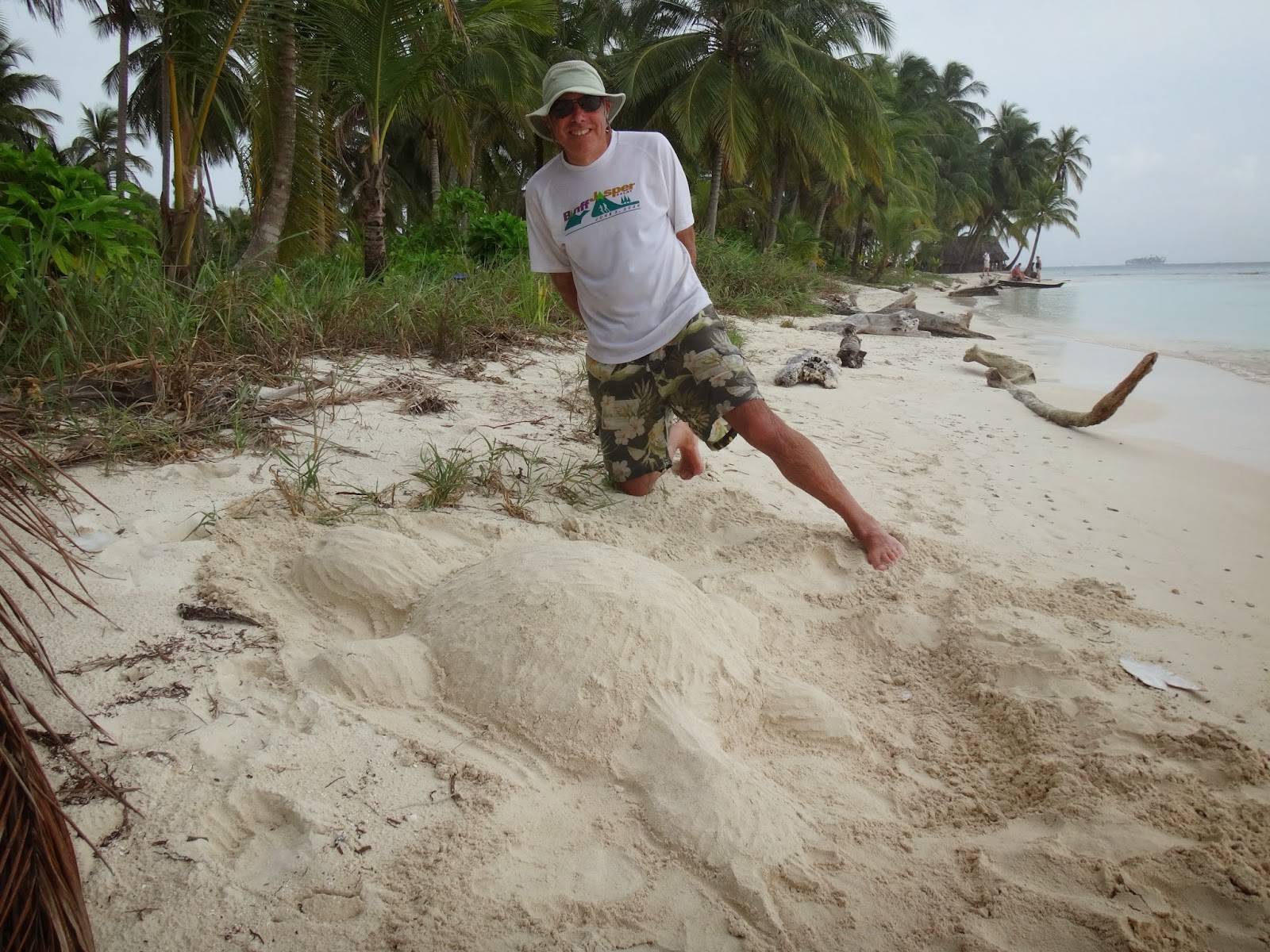 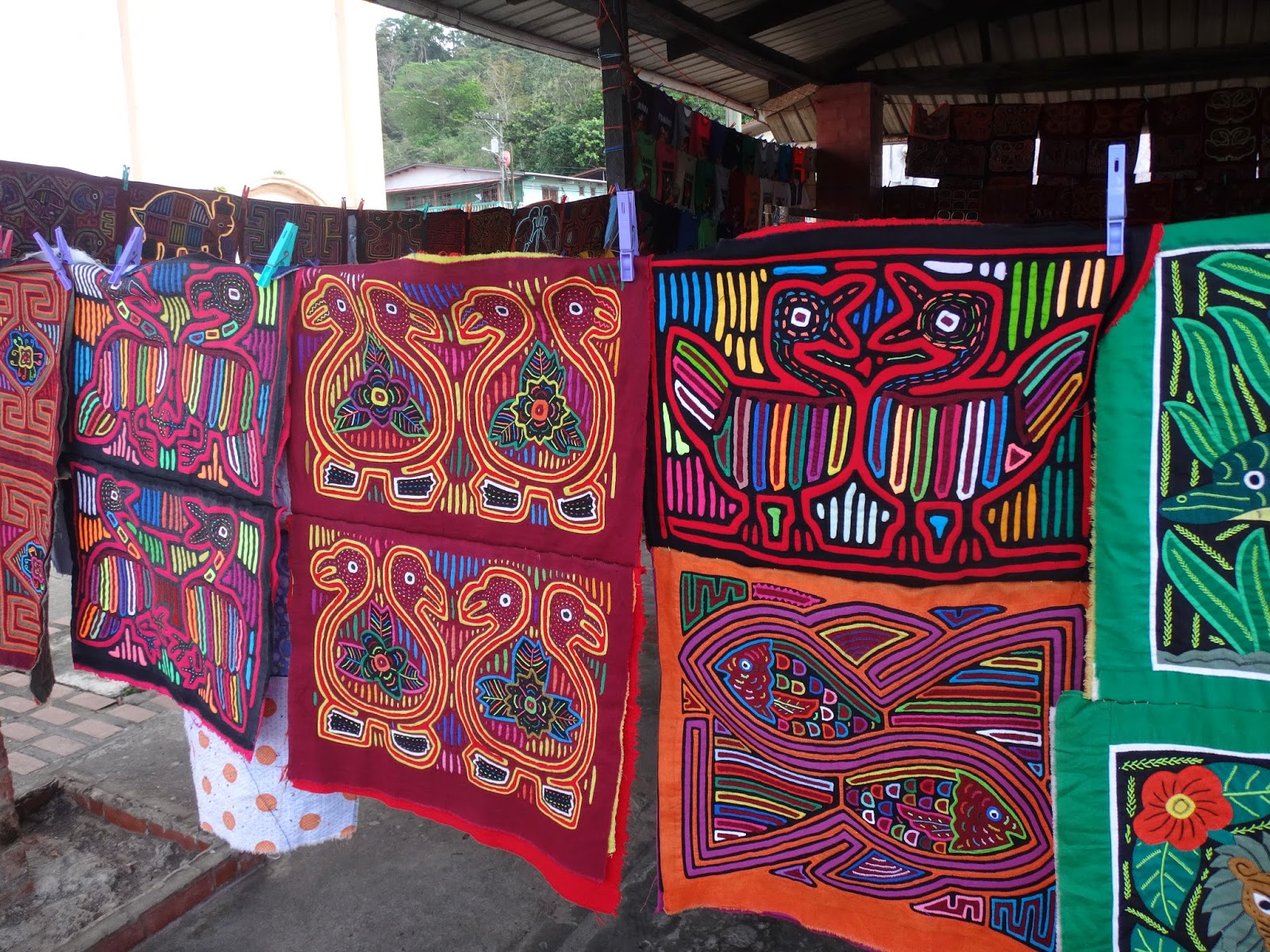 Checking out the molas.  These are made by the Kuna  and are a good source of income for them 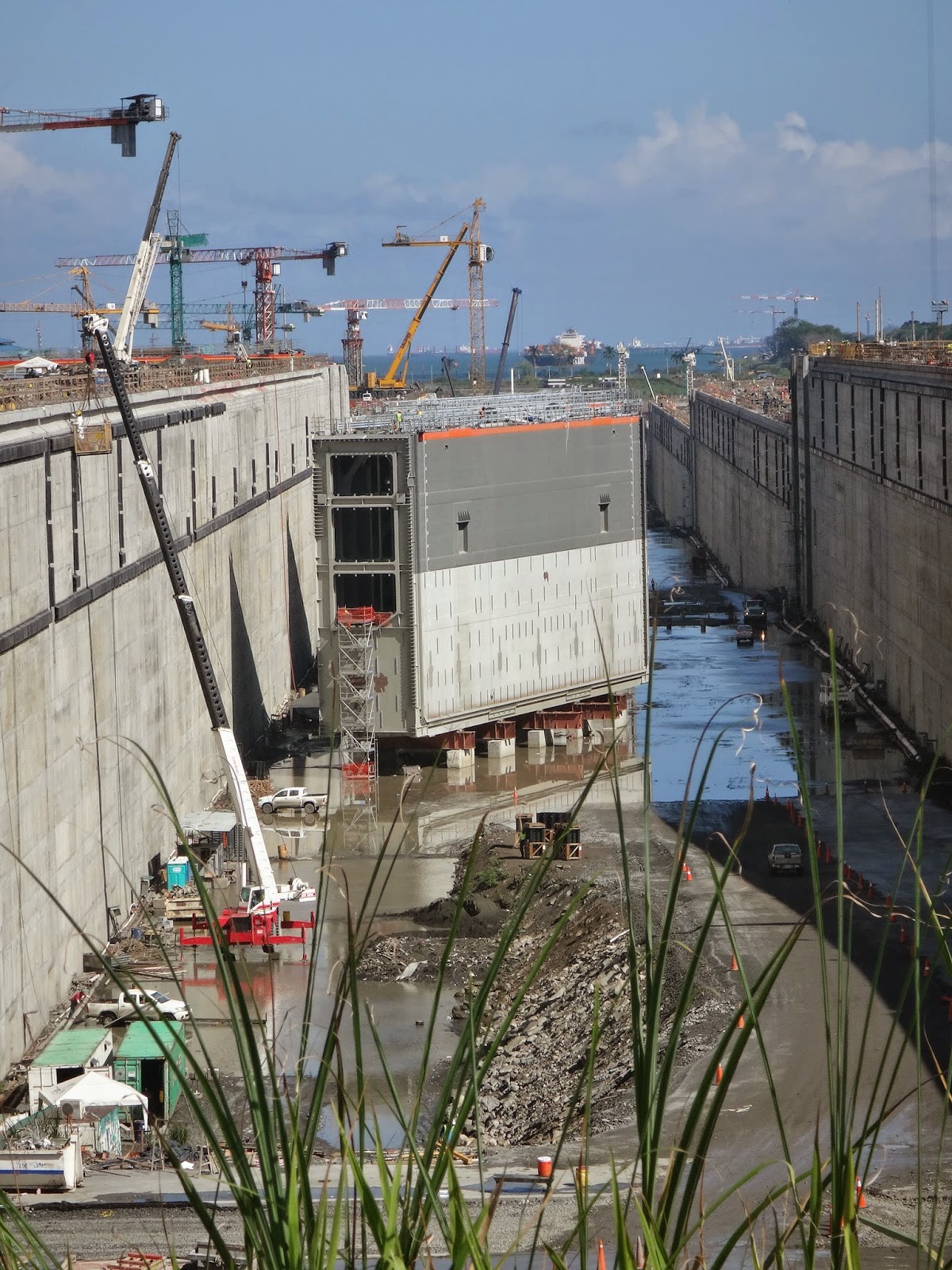 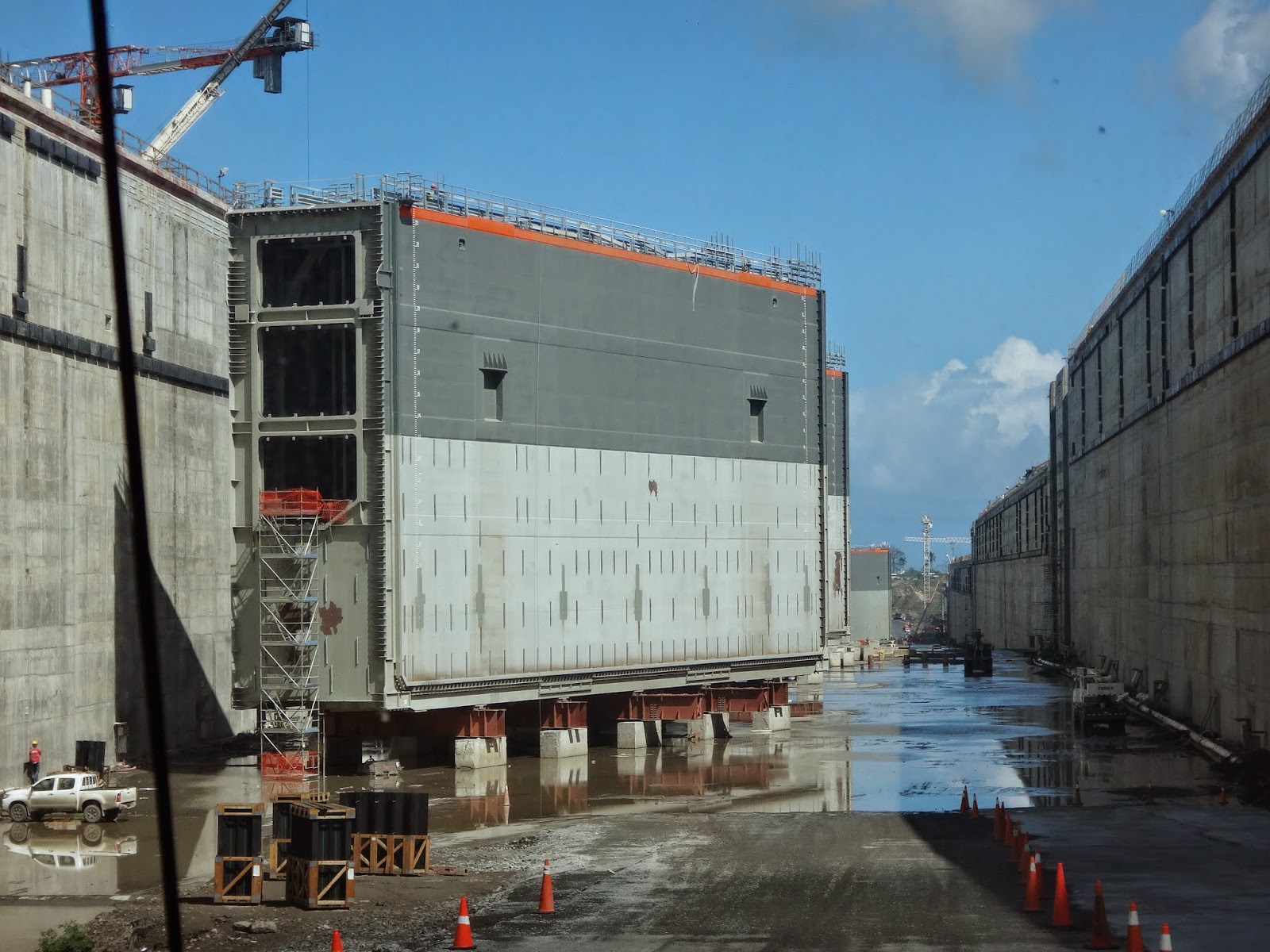 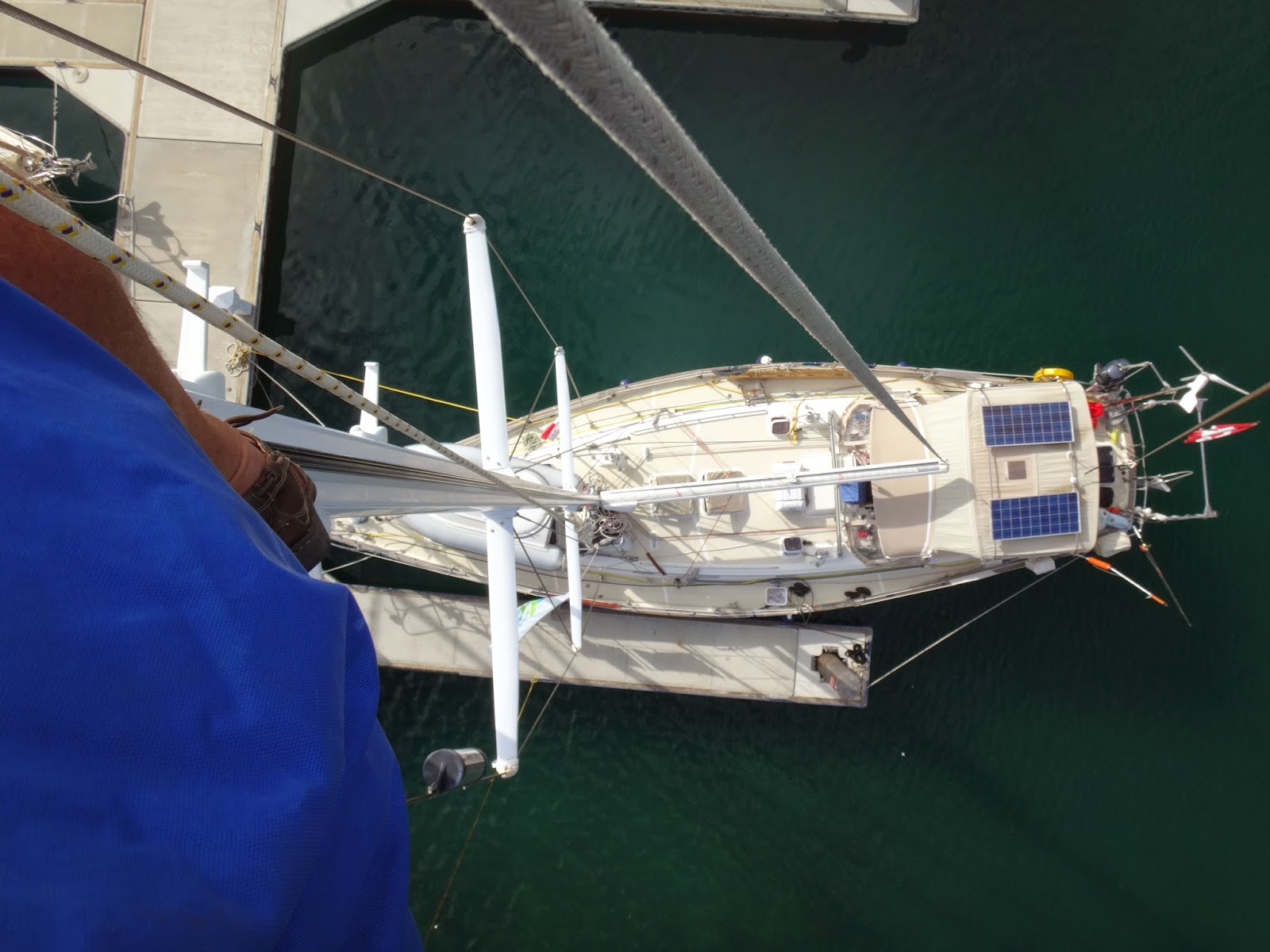 View of Maggie from the top of the mast 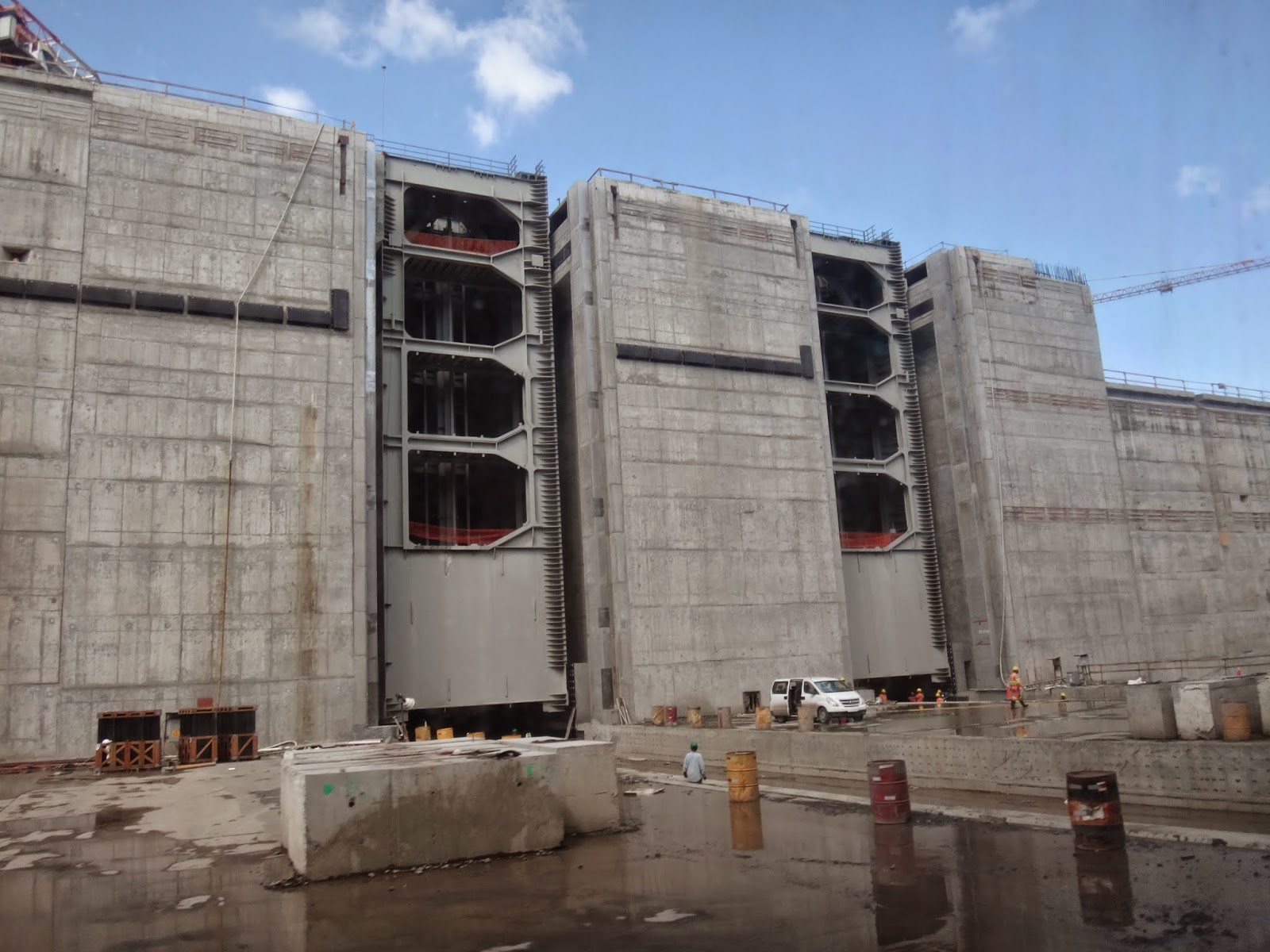 Two of the gates in place on the Atlantic side of the Panama Canal.  Note we are driving along the bottom of the gate.  A real thrill. 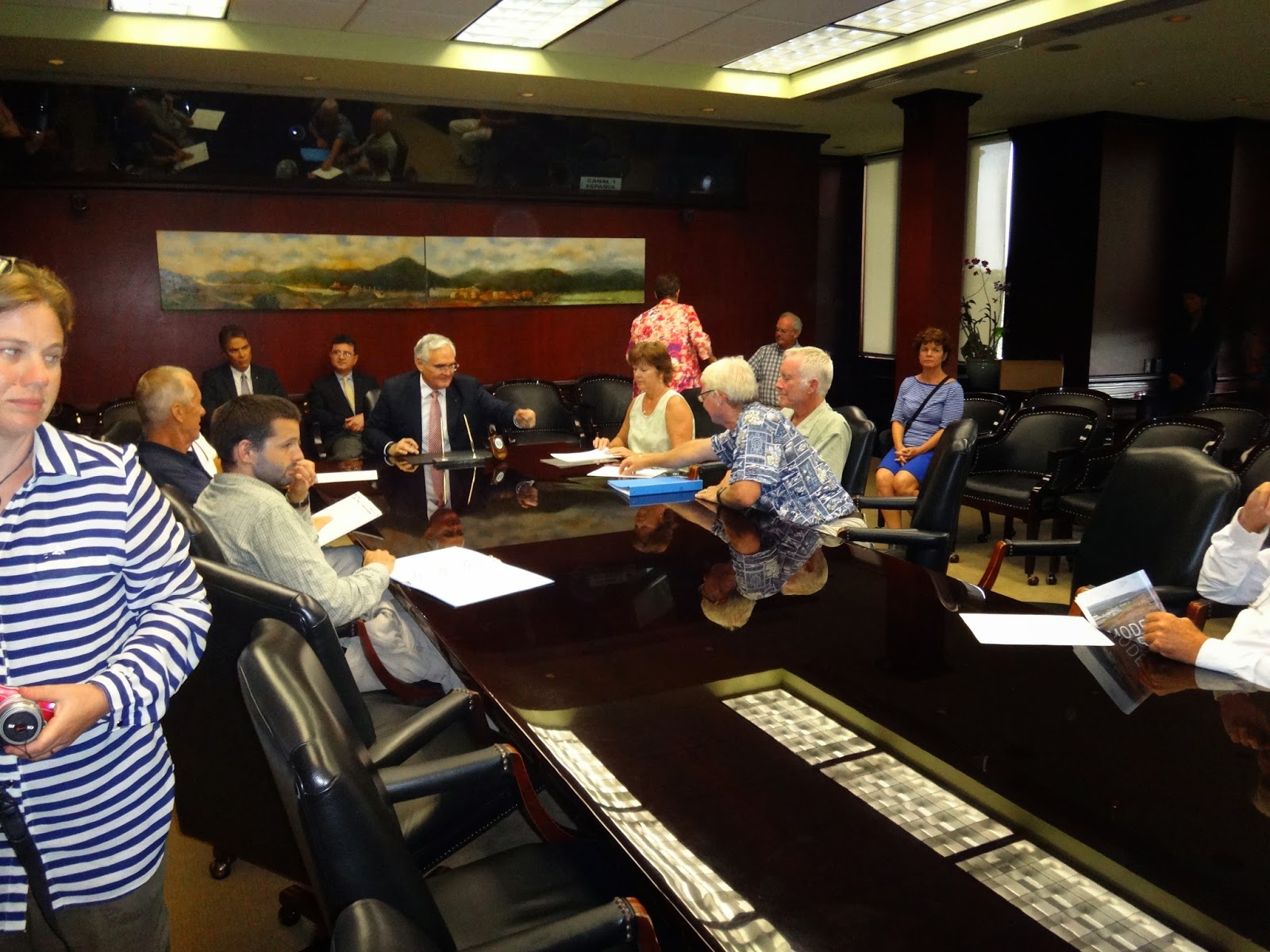 The President of the Panama Canal Authority signing Maggie's log book with Captain Rob Getting the page returned to him. 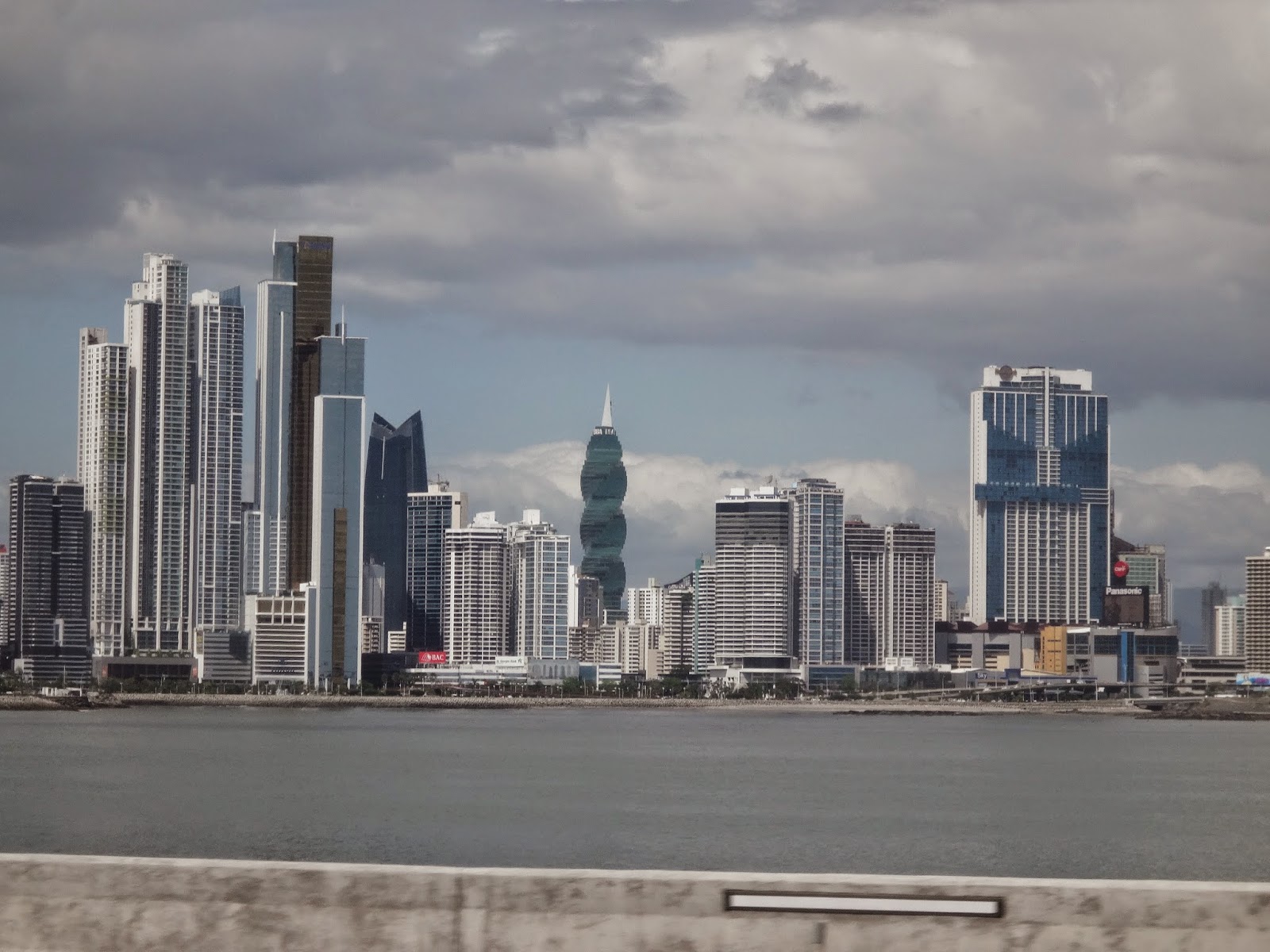 The spiral tower in Panama City.  The Trump tower.  It is apparently a casino.
Posted by Unknown at 21:53