Excursions while on Santa Cruz

On our 2nd day on Santa Cruz Island we went on a tour of the highlands. The tour was arranged by Chris who is captain of S/V OM.

Our 1st stop was a coffee plantation were they also grew sugar cane & bananas. At 9:30 AM we were all tasting 55 proof rum made from the sugar cane. 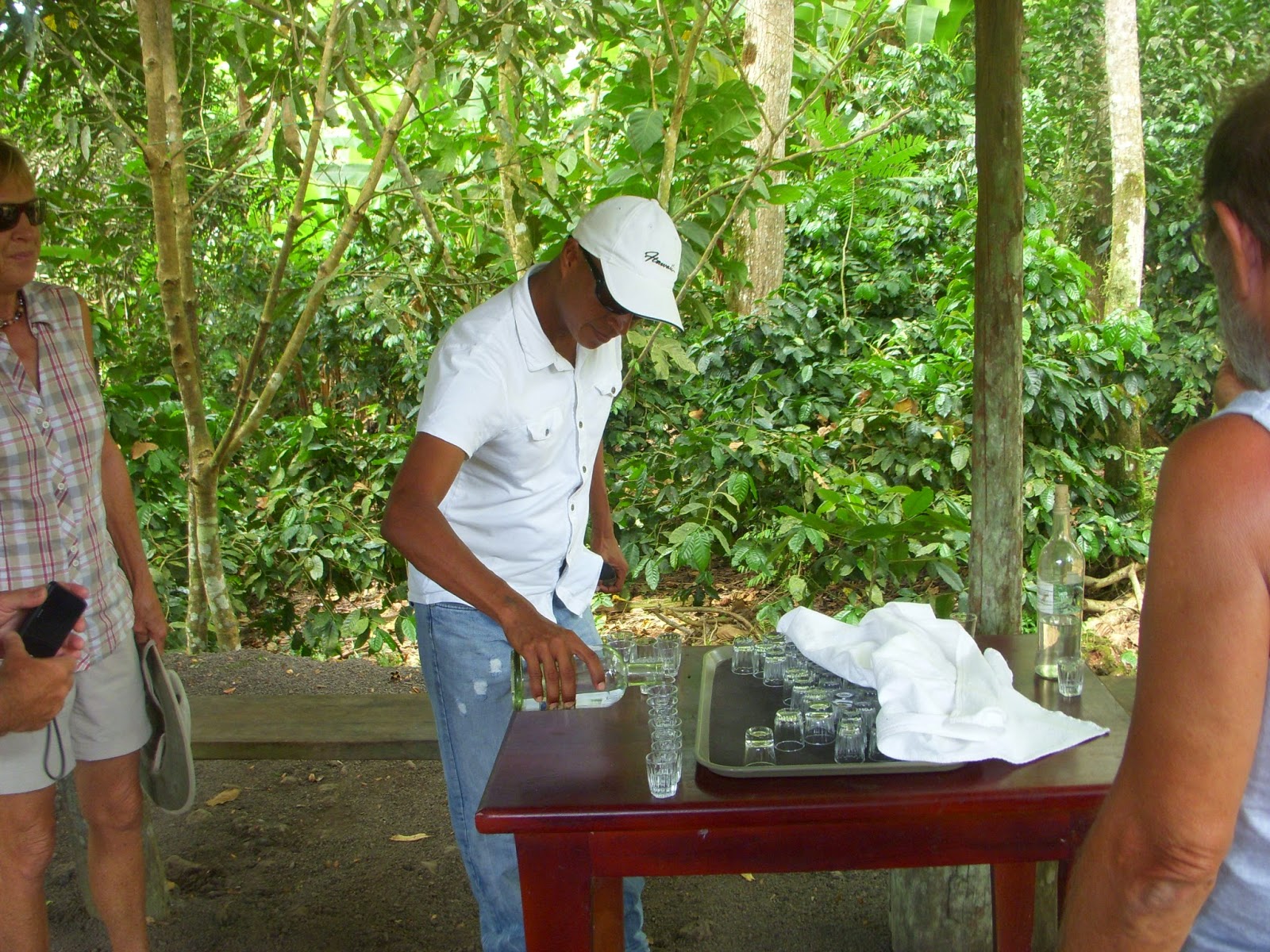 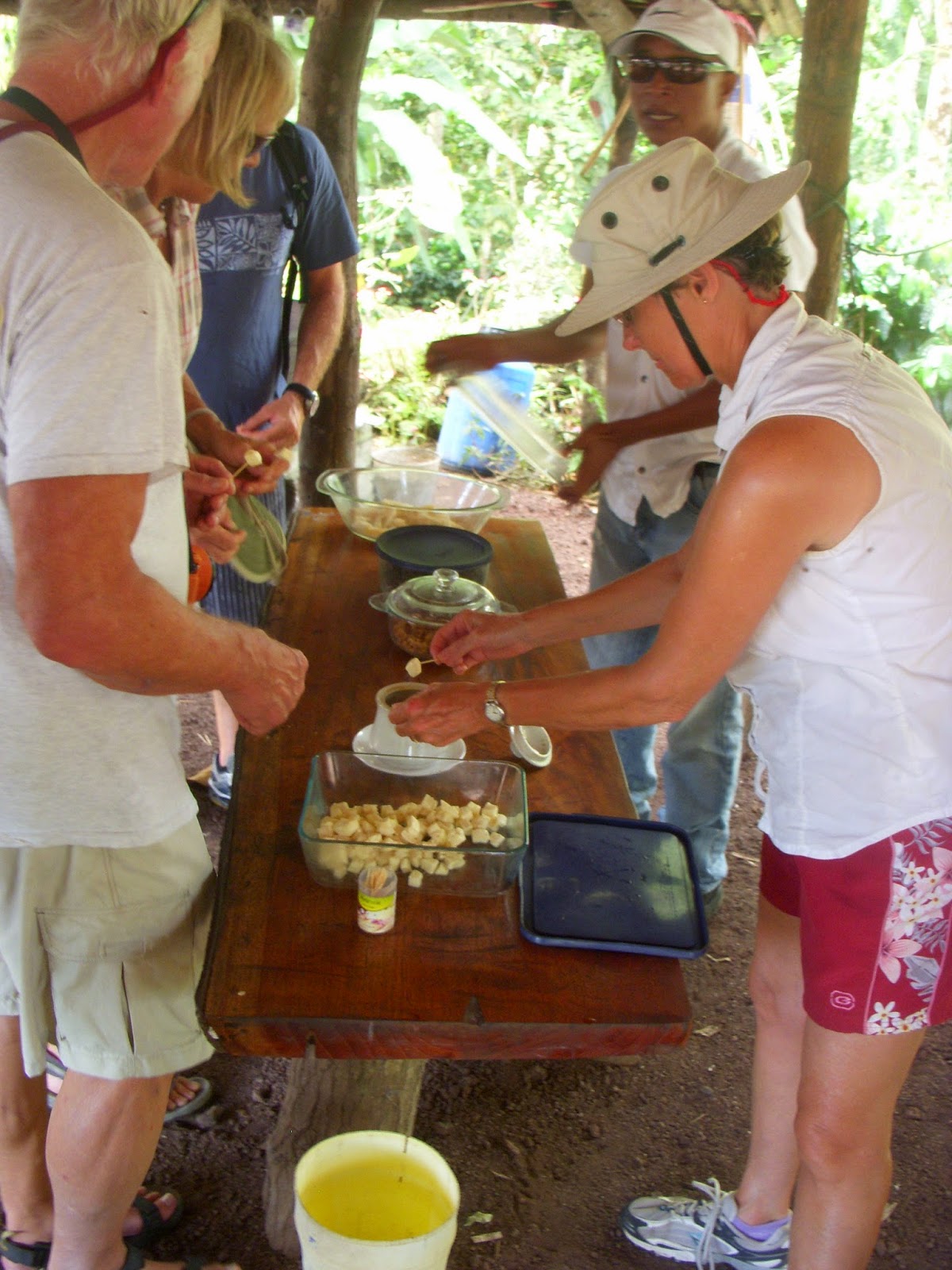 Later we had the freshly created sugar cane juice spiked with rum with lemon added.  The bananas were very good as well. We then went to a high view point where we had a great view of most of the island and the surrounding islands. Our next stop was a half mile long lava tunnel which was fascinating. Following a lunch of homemade chicken rice soup, fish rice and a salad followed by desert we were able to see more giant tortoises two of which were mating. Later that evening all the crews got together to celebrate Jess's birthday.

The next day we were on the dock at 5:45 for our trip to Isabella Island.  We travelled 2 hours by boat to get to the island. We then got on our bus for the day 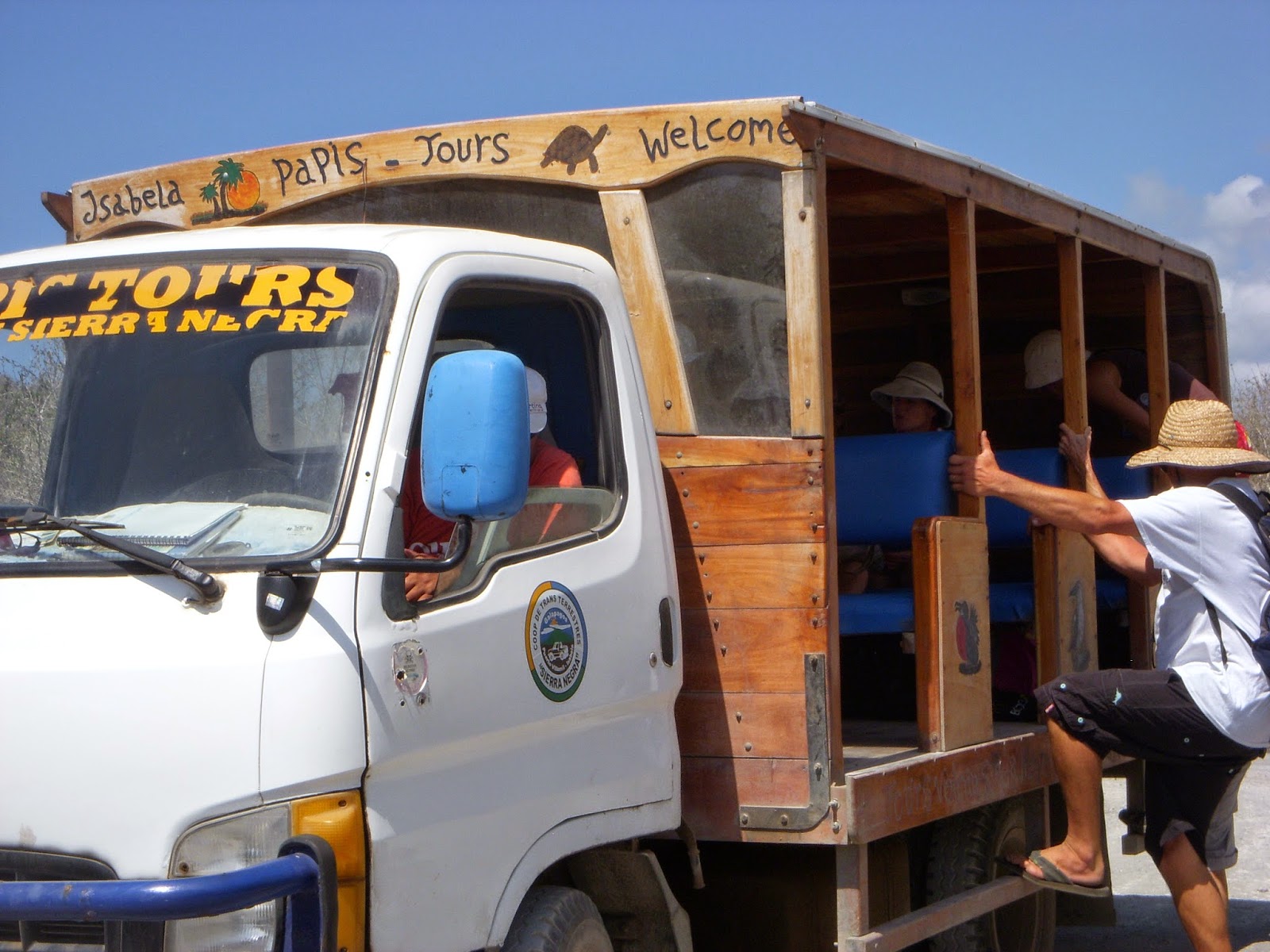 Our first stop was the Wall of Tears- a huge stone wall made by prisoners of the Isabela Penal Colony
between 1946-1959. It is about 1/4 mile long. 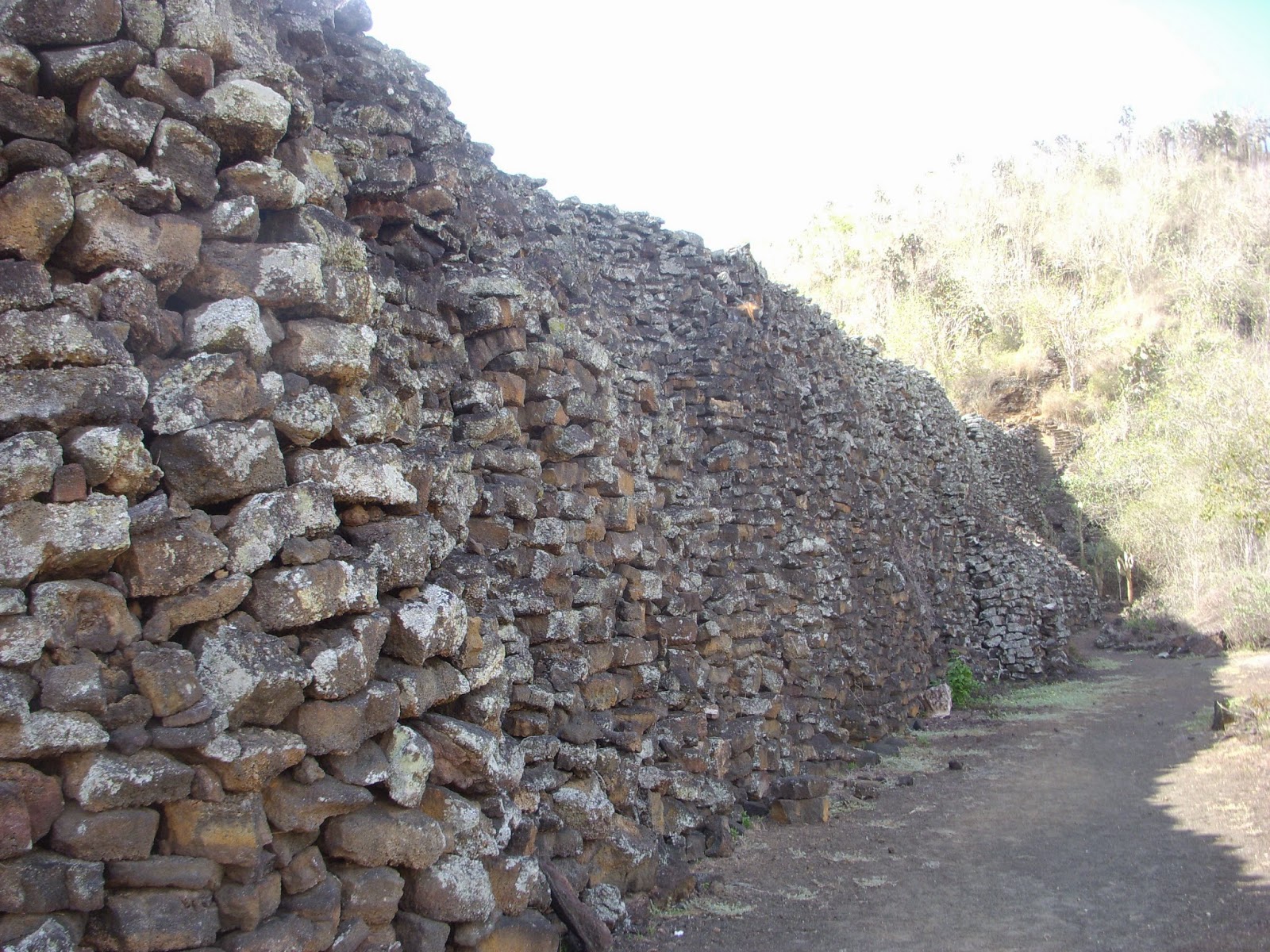 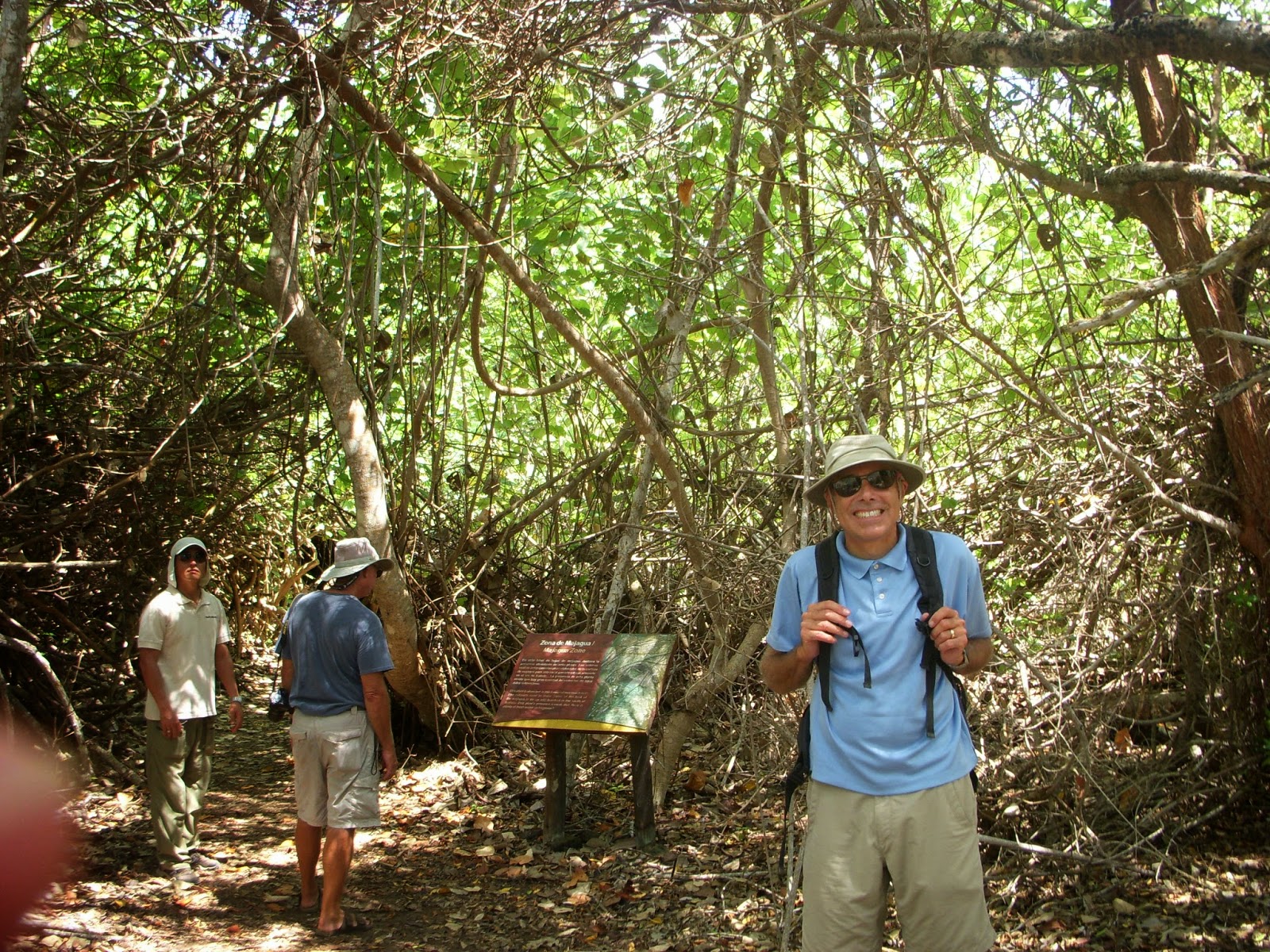 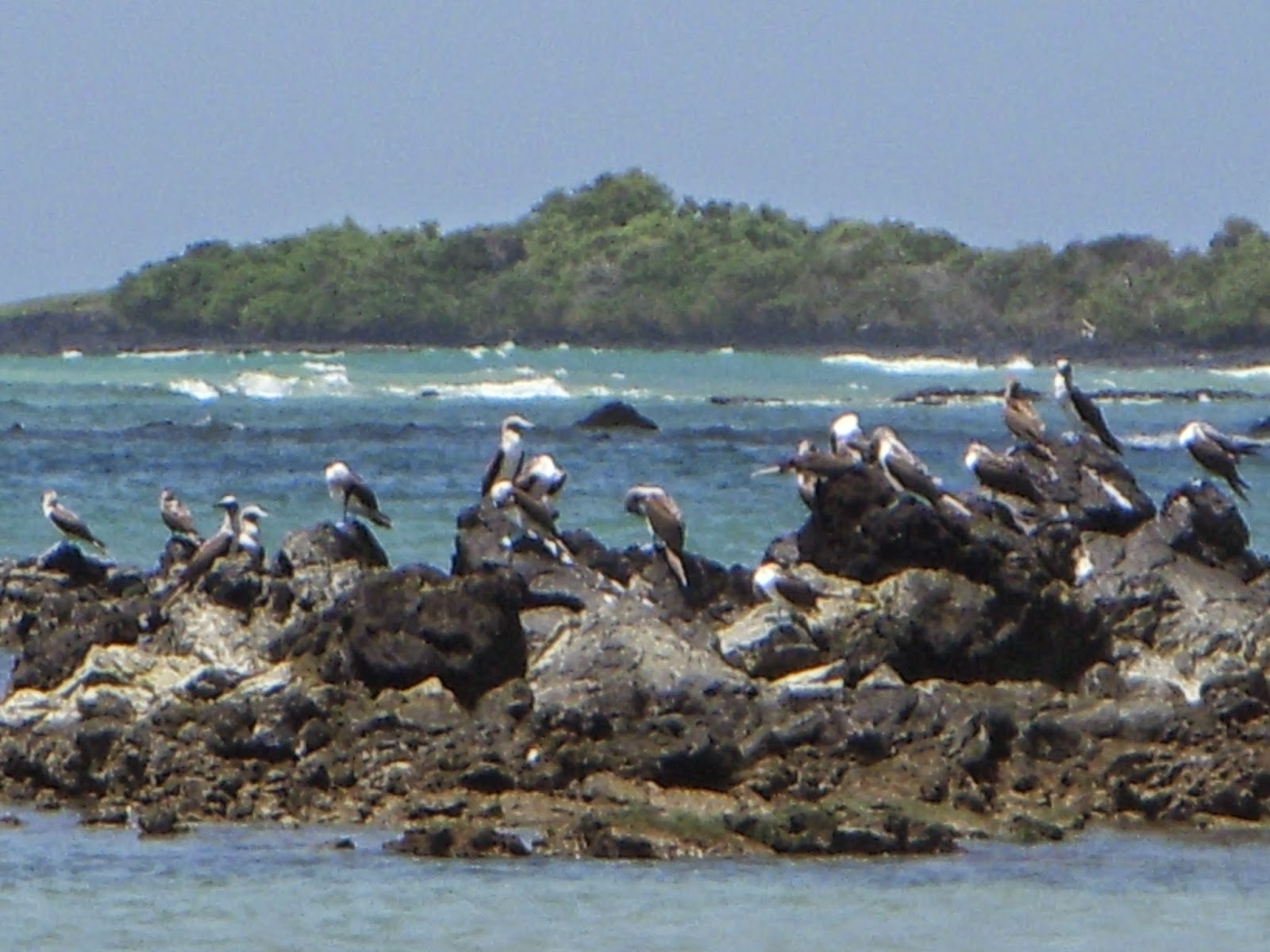 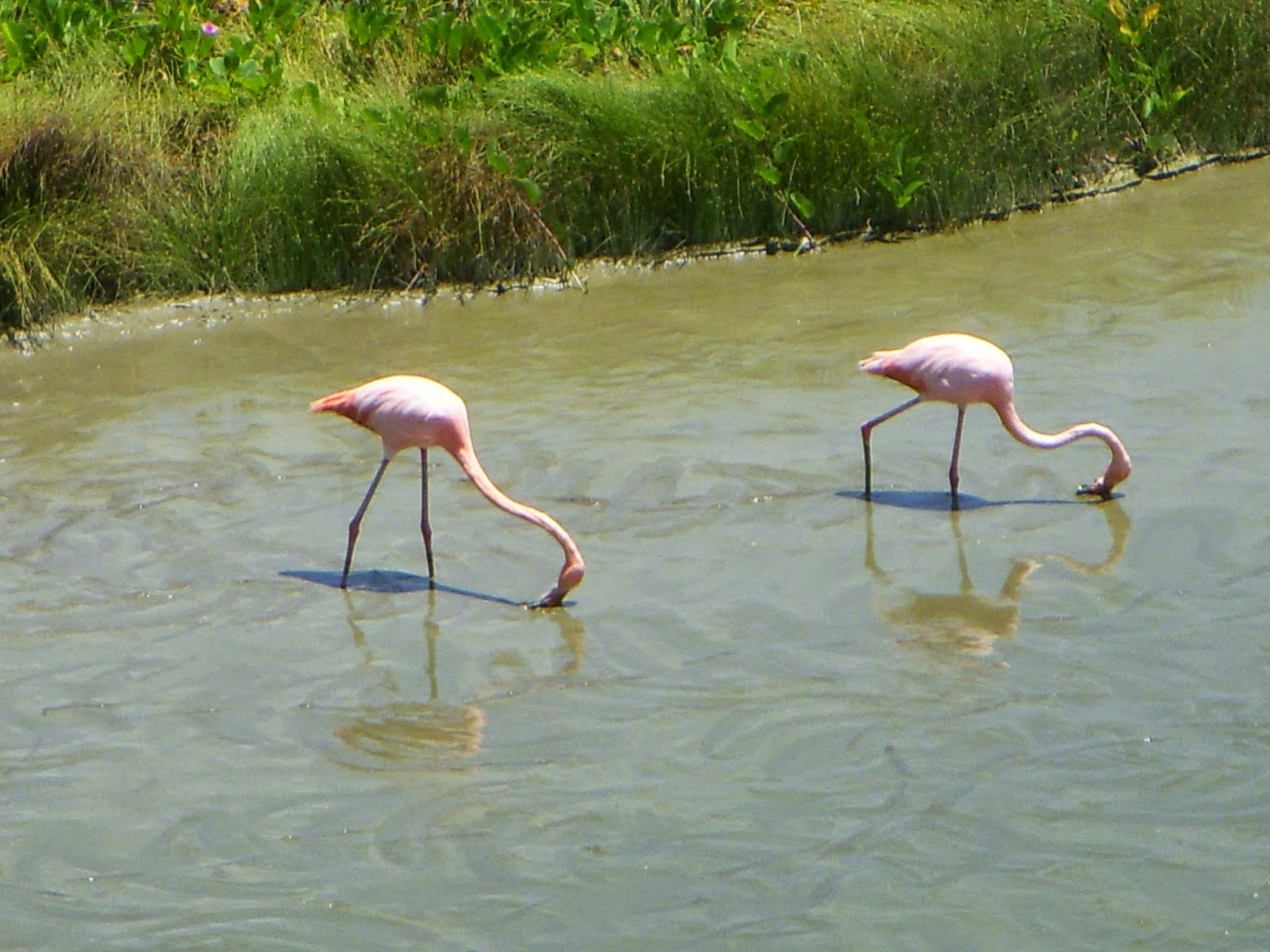 Later we saw a fresh water stream and 4 different kinds of trees. We drove into town and in an old quarry we witnessed pink flamingos combing the water for shrimp. This was followed by a fabulous meal of bone soup, fish in coconut sauce, rice, vegetables and desert of fresh cut up watermelon, cantaloupe and pineapple.  Off to see some more pink flamingos followed by the highlight of the day. We were snorkelling in water that was 6 to 8 inches deep.  There was a real current rushing over this shallow zone.  If you were patient a school of silver fish about 2 inches long would swim by your mask. Then a penguin would zip into view and flit this way and that and grab a few of the fish.  The penguin would then zip back and forth this way and that to catch. More of these tender morsels. You had to be patient and the fish would return followed by the penguins zipping in and out of you field of view.  Some of the group got videos of the penguins so I will post a link once they are posted to utube.
We then had to endure a bumpy ride back to Santa Cruz in the motor boat.

I had an opportunity to paddle board in the Puerto Ayora anchorage with James from Blue Wind. 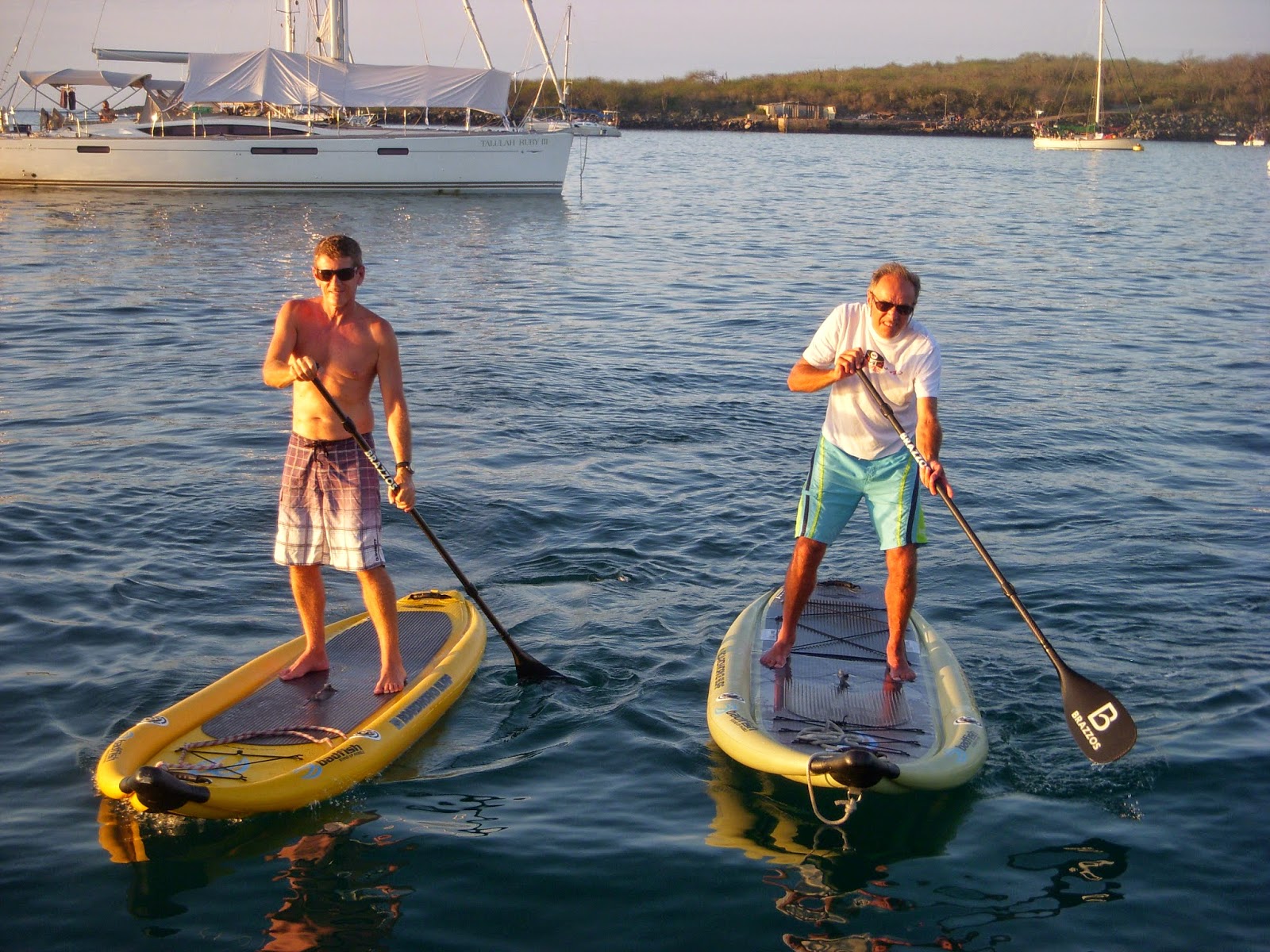 A great way to end a day!