We all met on the dock at 9 AM and walked to the National Park office next to the Darwin Centre. We had a great Skype call with 2 classes of kids in Pennsylvania. There 7 or 8 people from different boats there and we all introduced ourselves to the kids. Then our rally control person Kathy Parson (who wrote the book "Spanish for Cruisers" ) introduced Eduardo Escador from the national park staff who did a brief overview of the Galápagos National park and explained how climate change was affecting the floral and fauna of the park. The kids all clapped when he was done and they were asked if they had any questions for Eduardo.  All their questions were for the sailors.  We all took turns answering their questions which it appeared many had prepared in advance. My hope is the session will be posted on utube so that others can hear it.  That may be a bit of a dream as it would likely require signatures from all the parents to allow it to happen.

We then went to the Darwin centre where we saw 3 different kinds of land tortoises and some land eguanna. 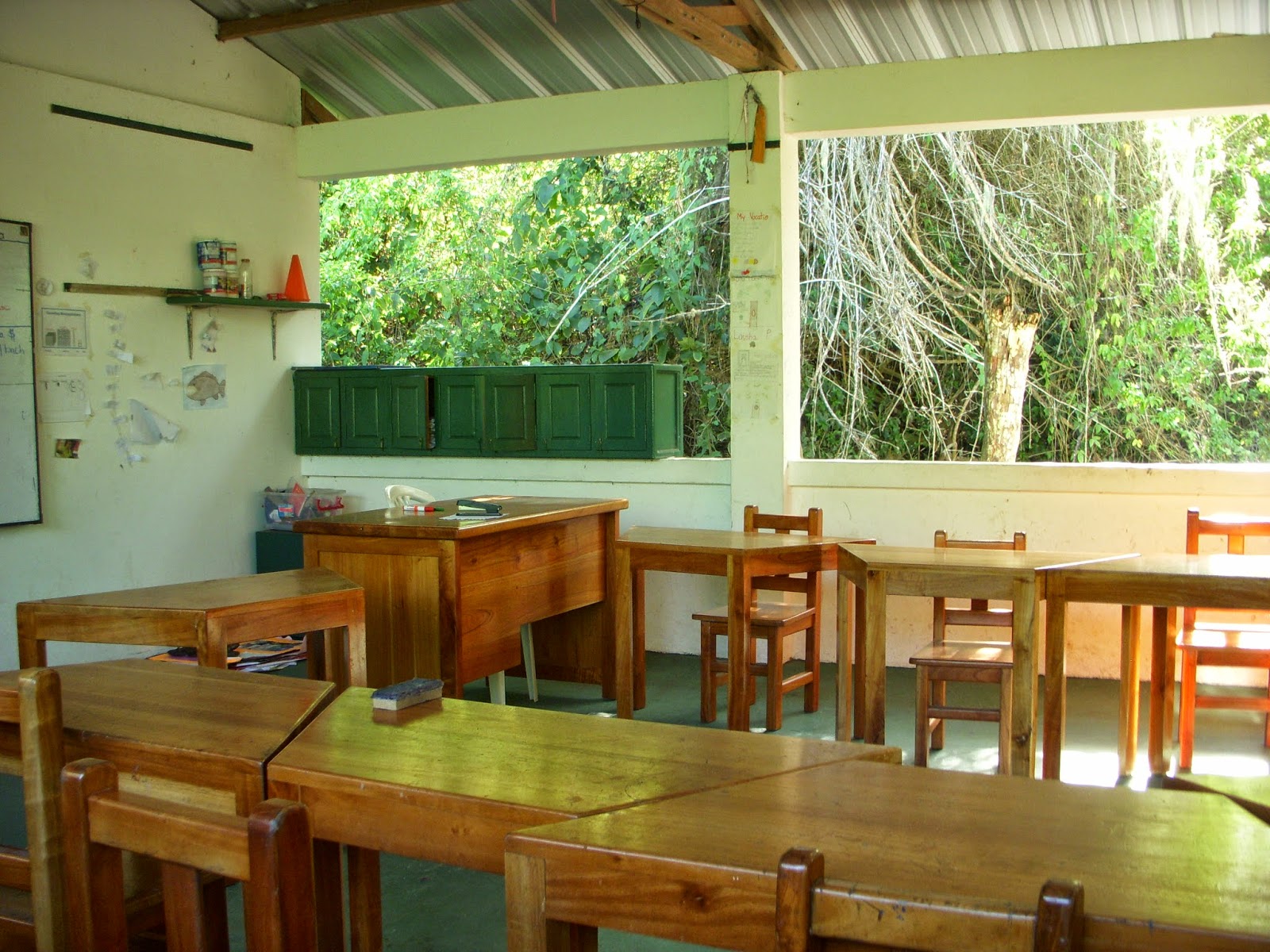 outdoor classroom
Later in the day we went and visited an outdoor school in the highlands. The buildings are all made of concrete and have no windows. It is for kindergarten to grade 12. The school is attempting to have the children have 40% of their classroom time to be in English. They have teachers from all over including Canada. The English speaking lady who showed us around told us her son who was in 4th grade got much better at English when he had a teacher who could not speak Spanish and was forced to communicate in English.  Eduardo arranged this tour for us. And his oldest daughter was there.  Following the visit Kathy presented the ladies with a BPO plaque and 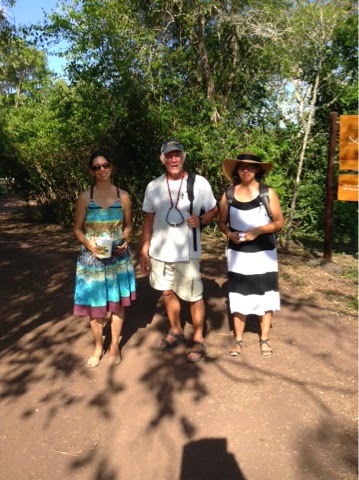 Here is Tim from S/V No Regrets after presented them with a water testing kit.
We then went to a high school in town where Eduardo's eldest daughter attends.  The kids are now off school for their break. We met with the director of the school and 3 of the teachers. Kathy translated for the director of the school and then the English teacher told us more including information about their International Bacheloriate (IB) program. She explained the process of selecting the kid to go into the program and how hard it was for the kids as they had to take the IB exams in English. Once we were done Kathy again 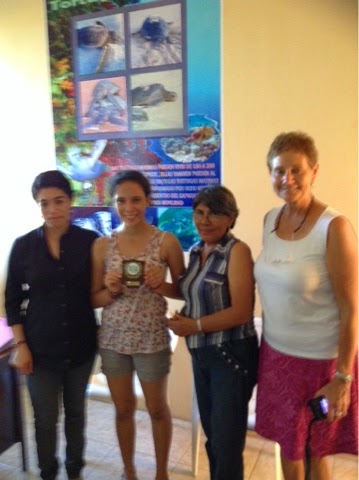 Presented a BPO plaque to the school. Here we save the director, Eduardo's daughter the English teacher & Kathy.
Eduardo's daughter then walked part way back to the dock with us. Across the street there was a celebration for day for the mother's. We saw they market and lots of great stoes that will help in provisioning on Monday.
Posted by Unknown at 15:20