Our inspection was complete by noon or perhaps a little before. We had a quick lunch and headed fo shore. After a quick briefing by rally control we were off for the Interpretation Cente.  We spent about two hours reading the information, history and statistics of the island. It was very informative.  One of the biggest industries is tourism.  The Galápagos Islands are volcanic with the oldest on the east and the active volcanic islands on the west side.  The islands are at the edge of 2 tectonic plates and as the plates move new islands were formed.  As many of you know Darwin was in the Galápagos Islands in 1835 and while here did a lot of research which later lead him to come up the the theory of evolution while in England years later. 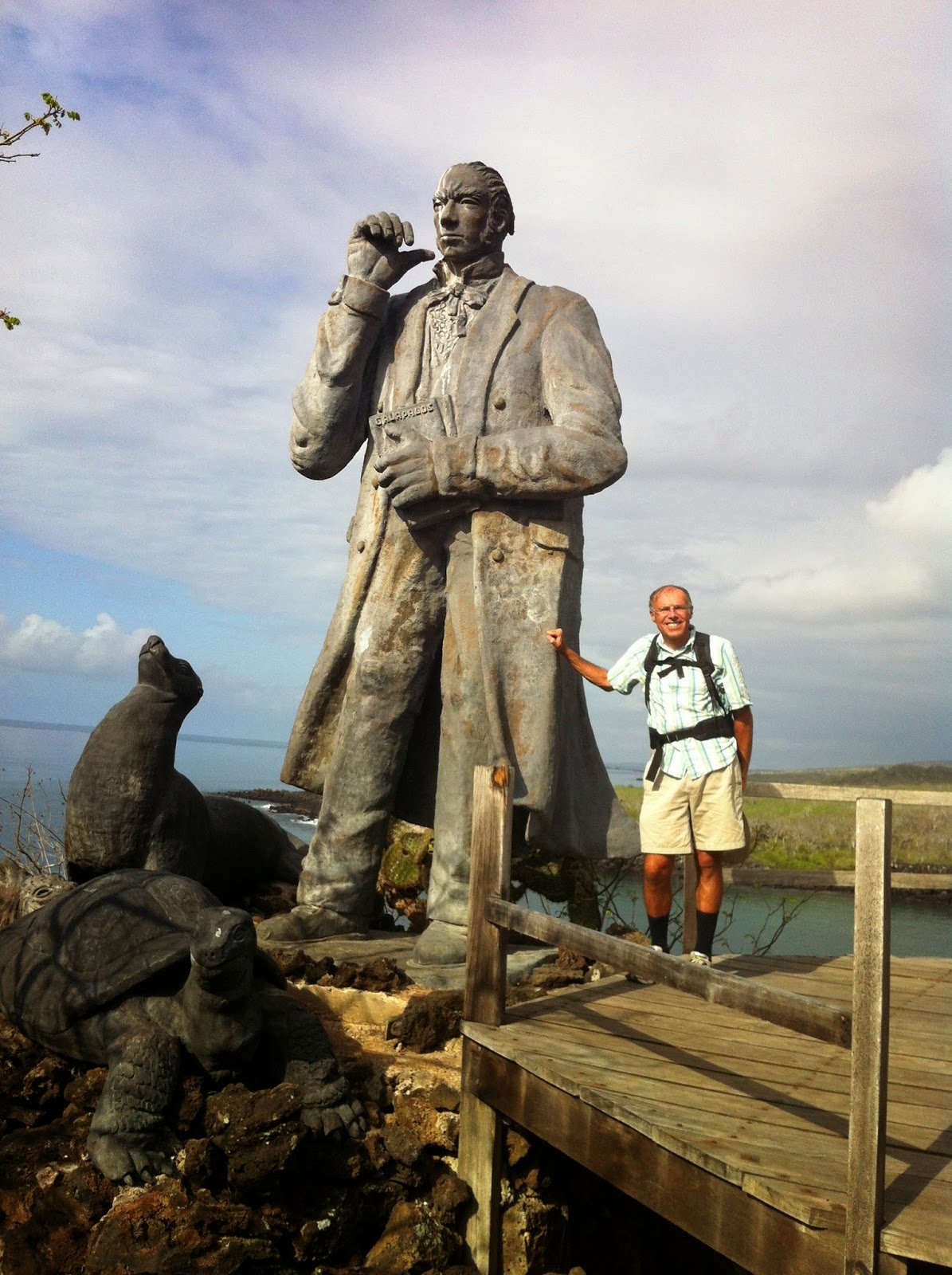 We later walked the paths behind the interpretation centre and saw the statue of Darwin and climbed Frigate Hill and saw the frigate birds soaring in the breeze enjoying the updrafts.
The next day we spent arranging tours for the next 2 days and spent some time on the local beaches watching the sea lions and their young play in the water and on the beach
Watch this video on utube: