Trips in the Galápagos

The second day we were here we went to the tortoise sanctuary and breeding centre and walked through seeing the tortoise of San Cristobal Island. Each island has a different species of tortoise which have evolved depending on the type of vegetation that is available for them to eat. 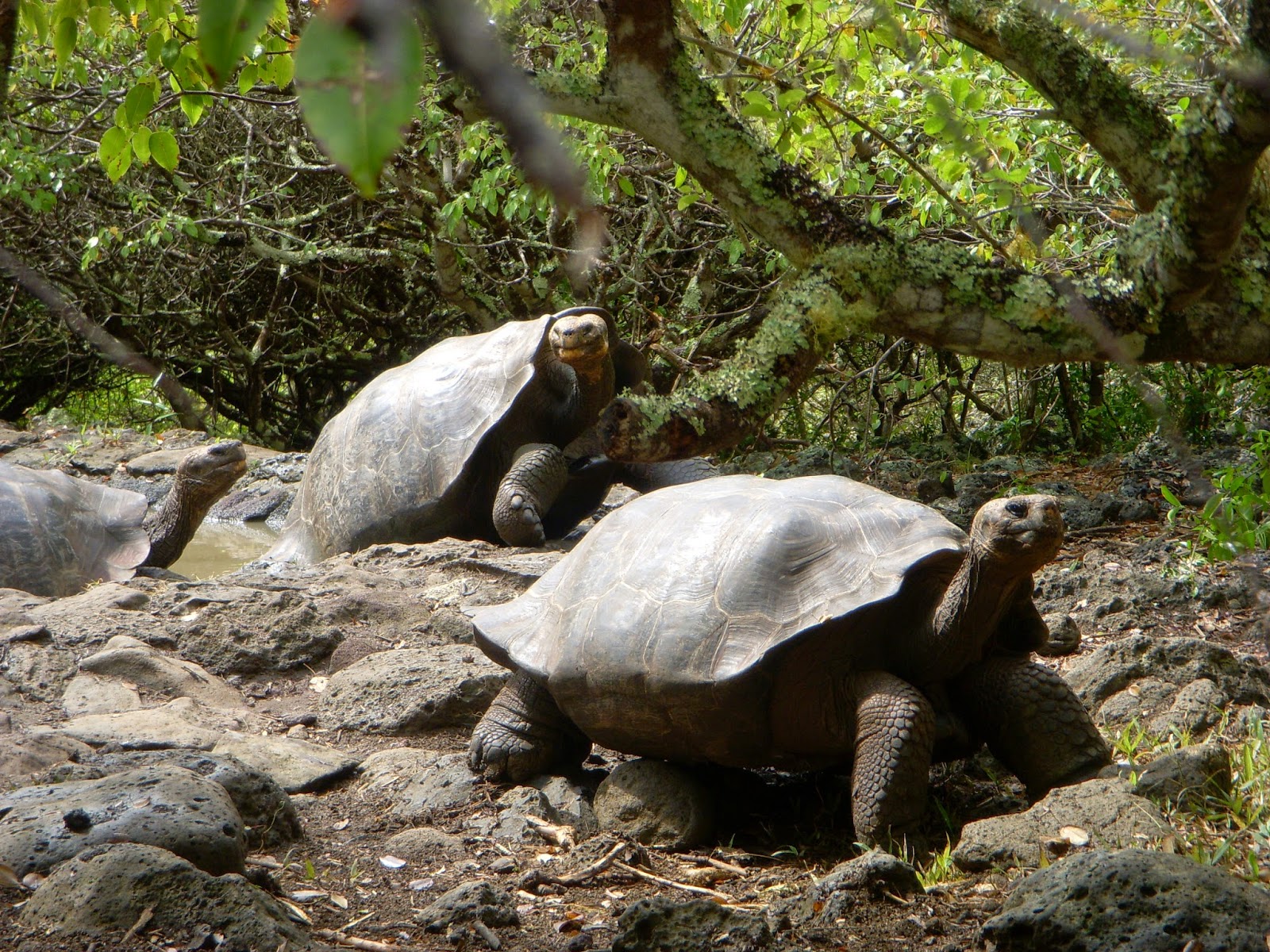 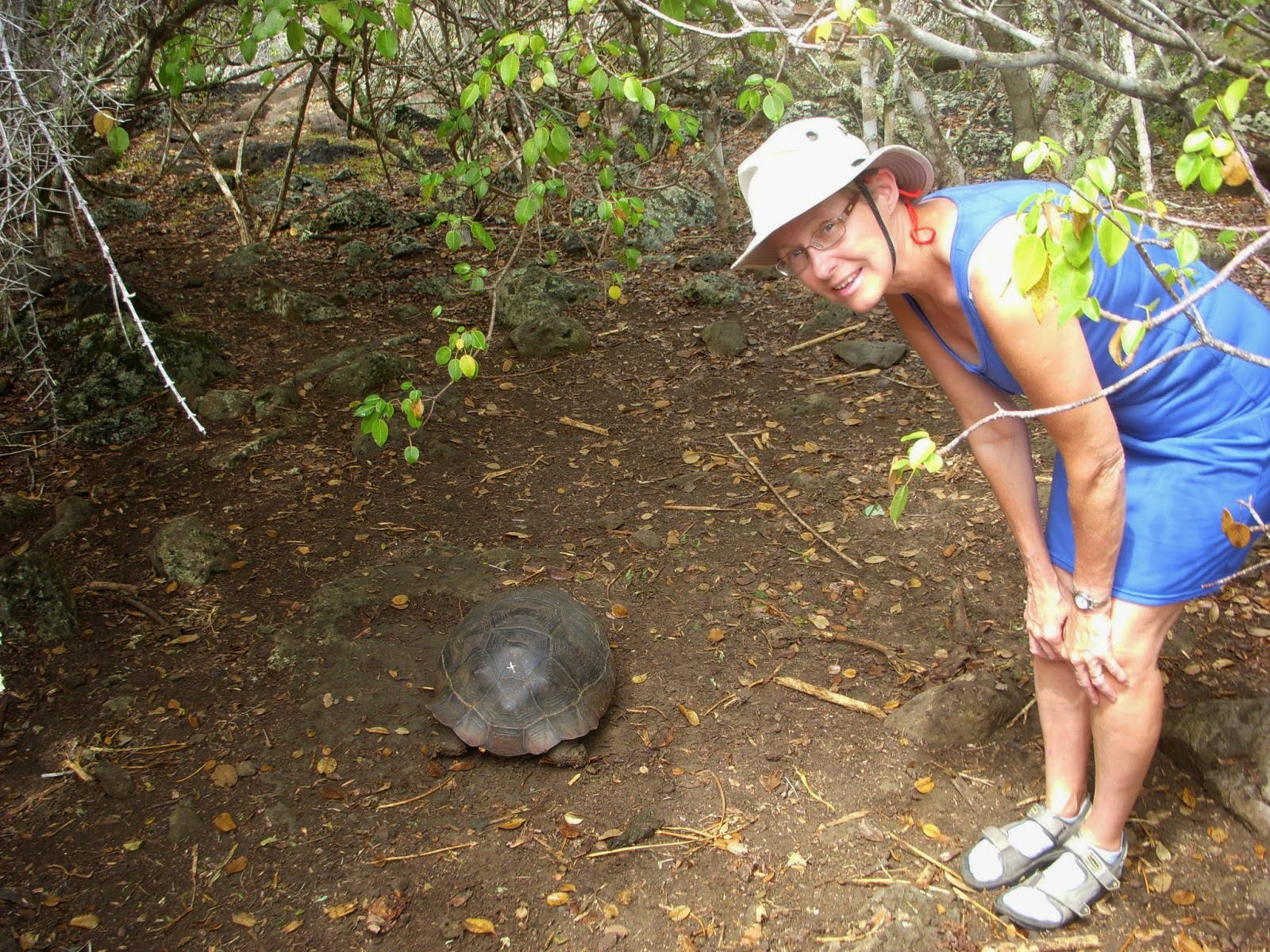 We visited a wonderful beach called Puerto Chino where we cooled off in the ocean, saw blue footed boobies and Manta rays.  We later visited a crater lake which is the only fresh water lake in the Galápagos Islands. We later visited the remains of the home of the owner of a sugar plantation who arrived in Galápagos in 1905. He was the great great grandfather of our tour guide, Sol.  He was murdered by the convicts that were given to him to help run the plantation. He was apparently a real tyrant. Another interesting thing was that the plantation had its own currency which I'm sure help keep the workers loyal to the owner as he would be the only one who would honour that currency. We also visited a tree house which was unfortunately closed.
That evening at 5:30 we attended a birthday celebration for one of the captains of a Blue Planet Odyssey boat with a live band and dancing. Later we went for a great meal of lobster and all the trimmings 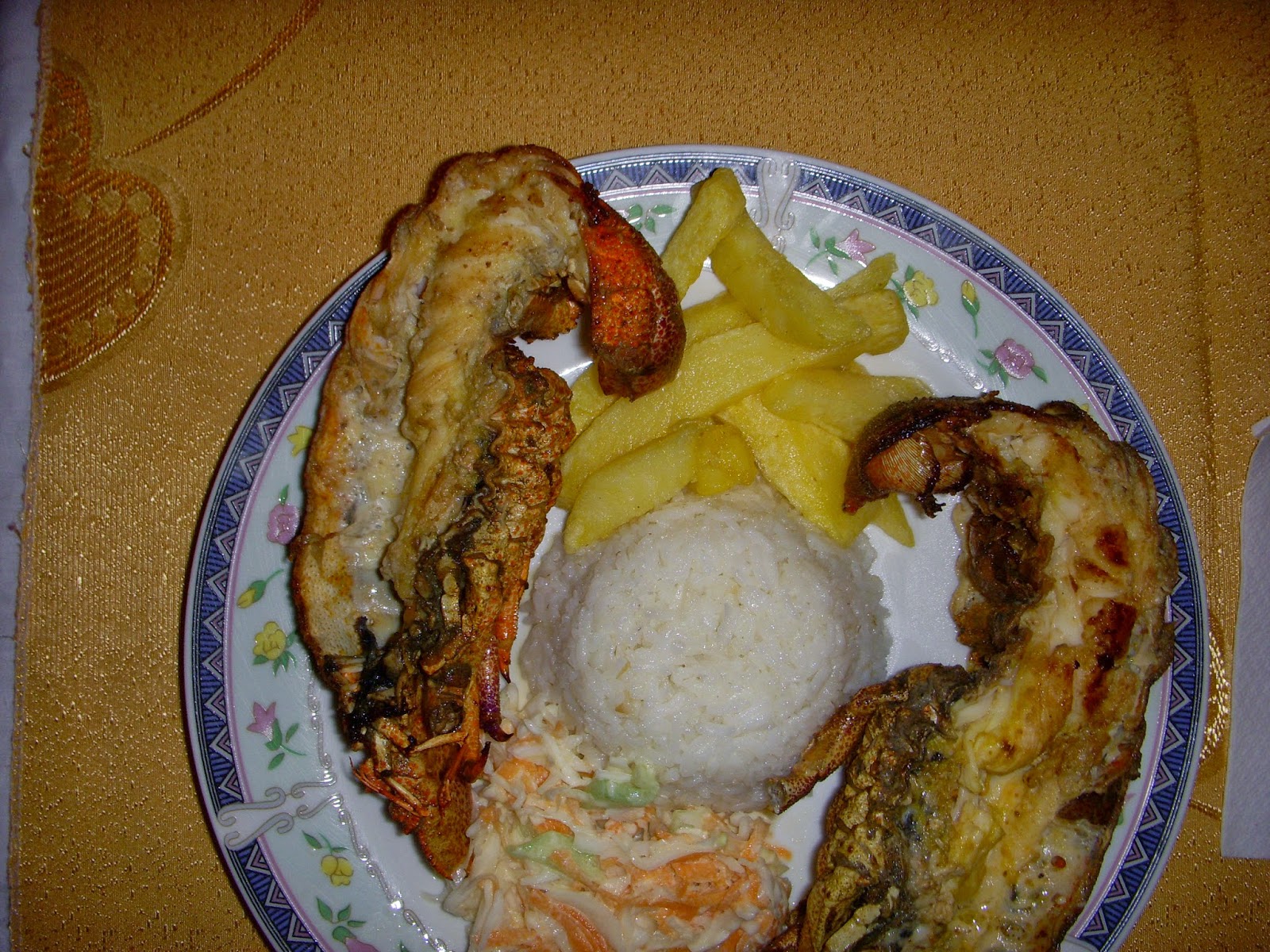 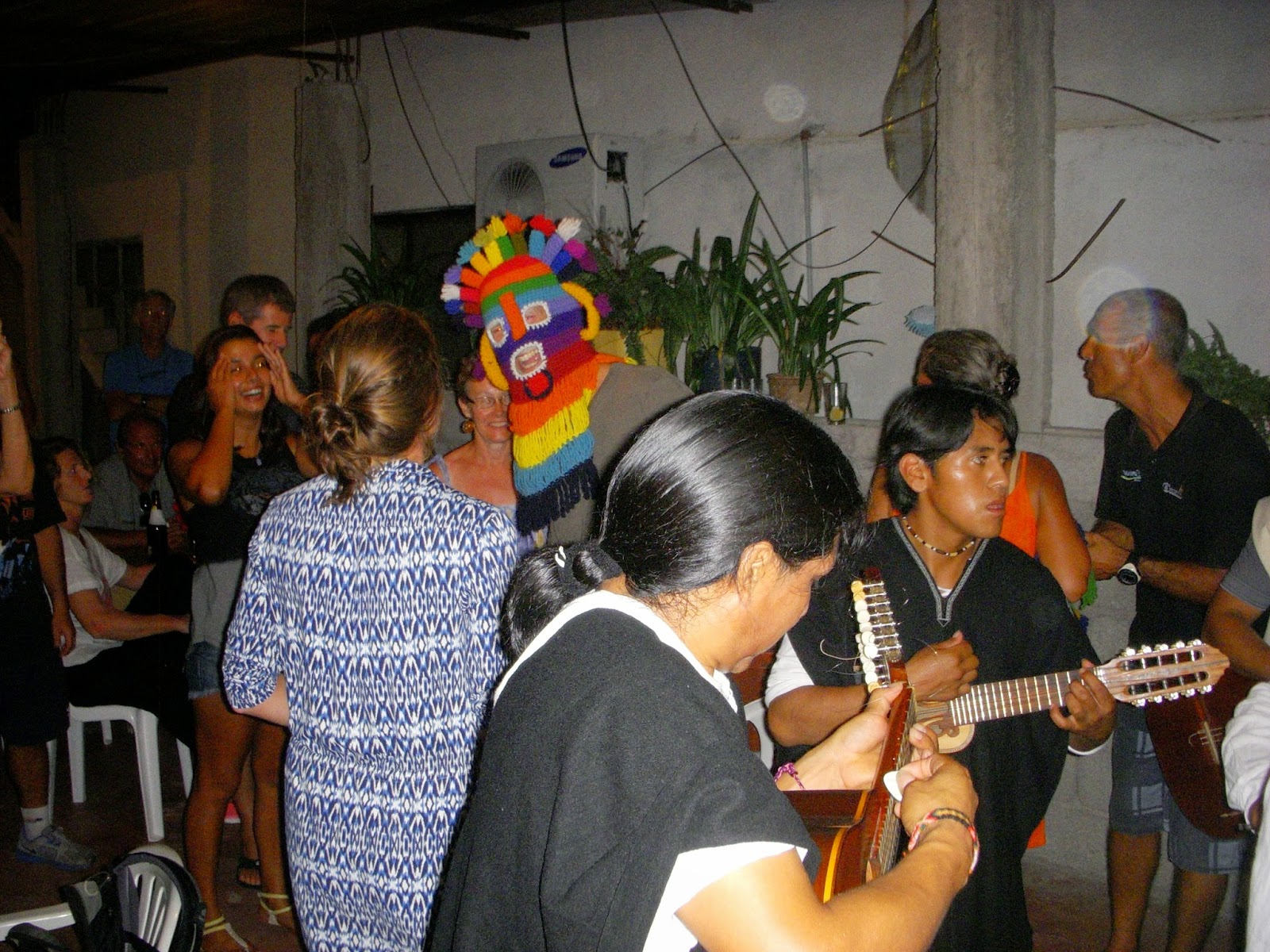 dancing with the mask 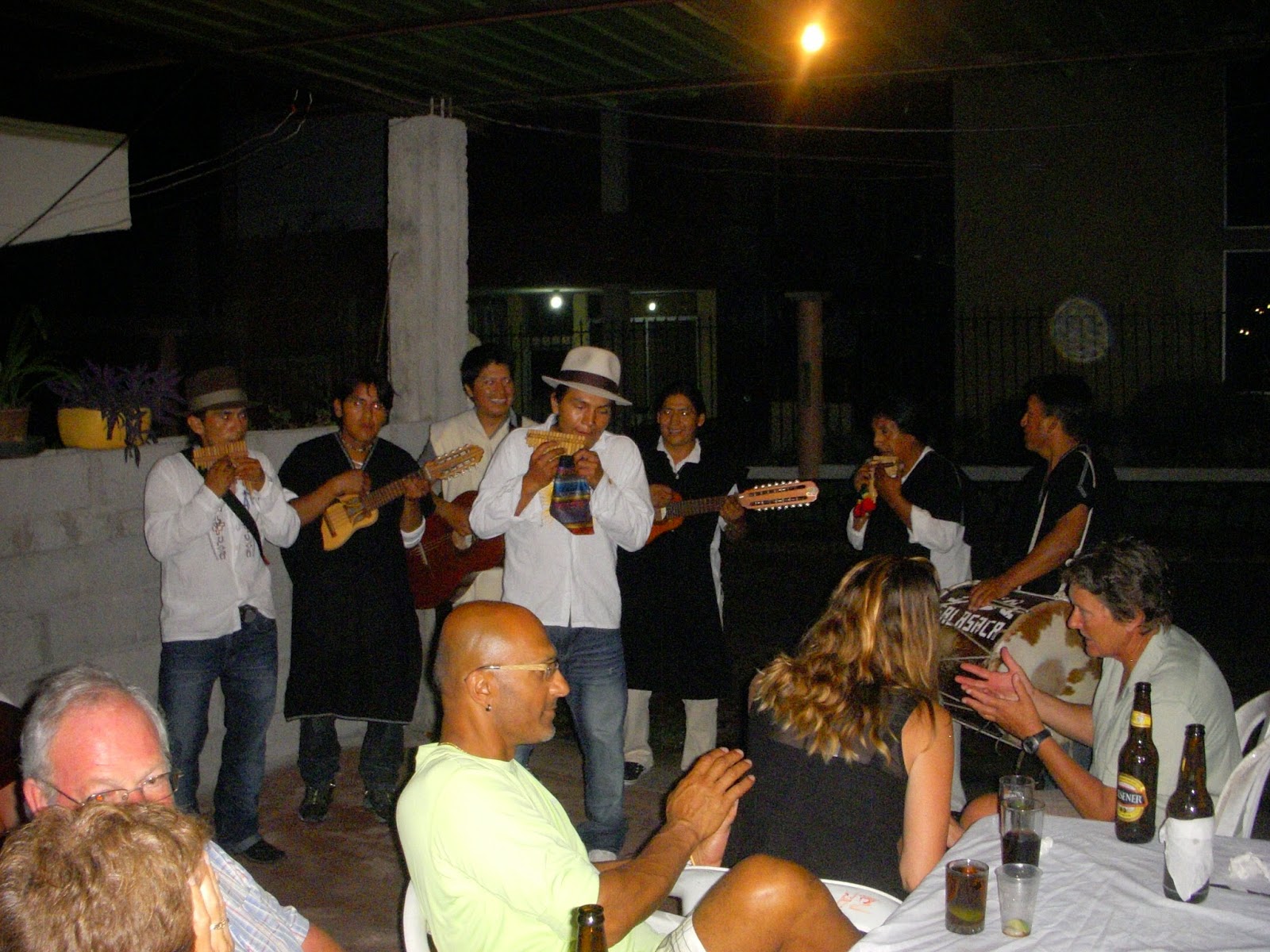 The same band showed up later with an additional member and just about the time we were about to leave some masks came out & we had great fun dancing around with these hot knitted masks over our heads. A great time was had by all. 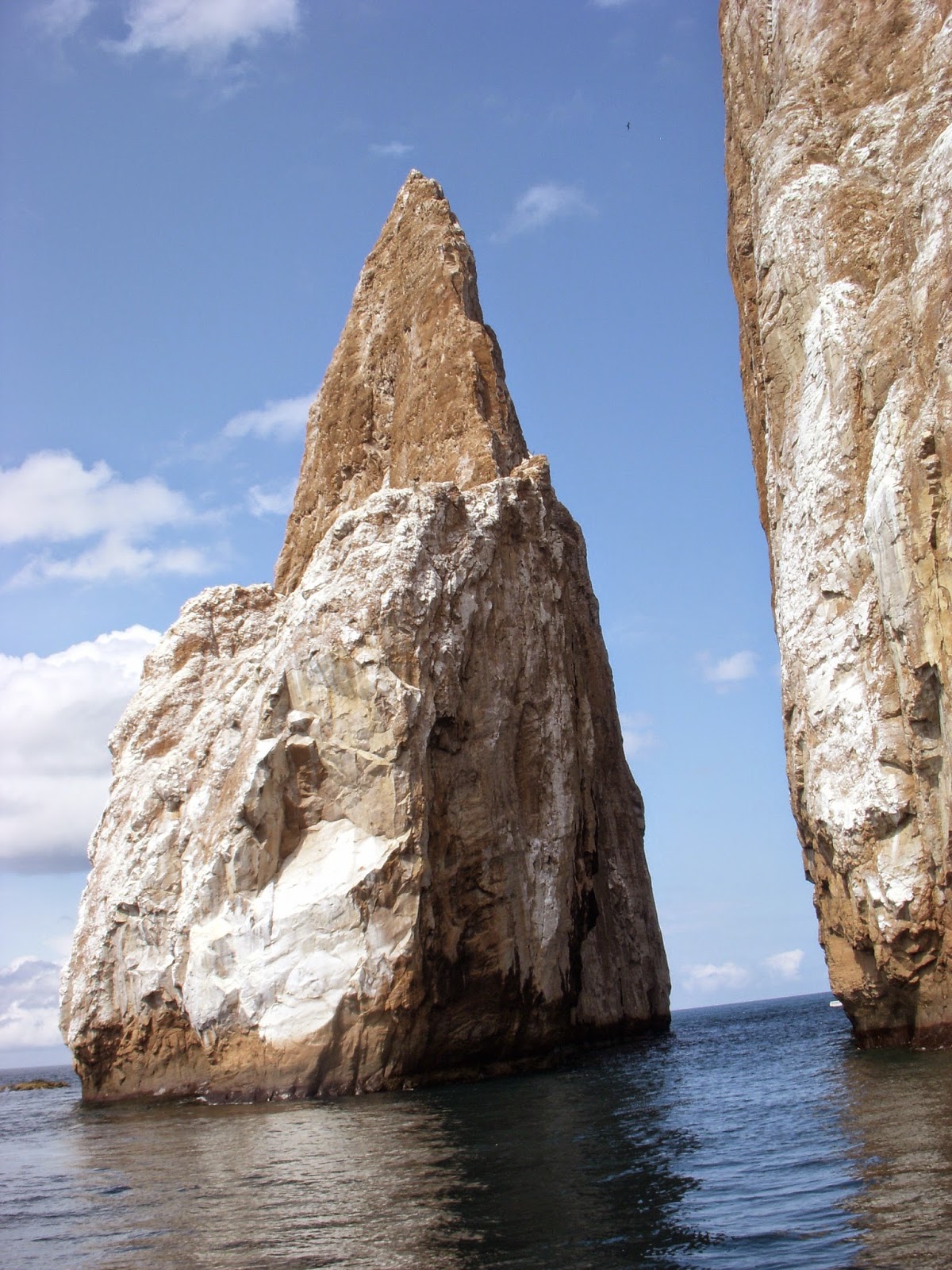 The next morning we headed out to Kicker Rock on another tour where we circled the rock and saw all the frigate birds, blue footed boobies, sea lions and the towering cliffs of Kicker Rock.  We then snorkelled through the cracks in the rock and around it where we saw fish of all colours and shapes, sea turtles eating the sea weed on the rocks, sharks including hammer head sharks and had sea lions almost bump into us as they whizzed by underneath us.  An amazing spot for snorkelling. We later visited a beach where we saw
rays and lots more colourful fish. We later were treated to a close up look at a pelican and a blue heron. We also saw the shells that crabs had moulted which was very interesting.
Posted by Unknown at 14:08