After crossing the equator we sailed for a while with the spinnaker up but the winds and the swell did not cooperate so we soon took the spinnaker down and proceeded to motor toward Galapagos.  At 5:30 in the morning I could make out the misty shapes of what looked like mountains or hills.  As the light improved the island of San Cristobal came into view with its mountains in all their glory.  We were welcomed by sea lions, sea turtles, a huge ray leaped out of the water.  There were 100's of birds in the water and flying about.  We passed Kicker Rock 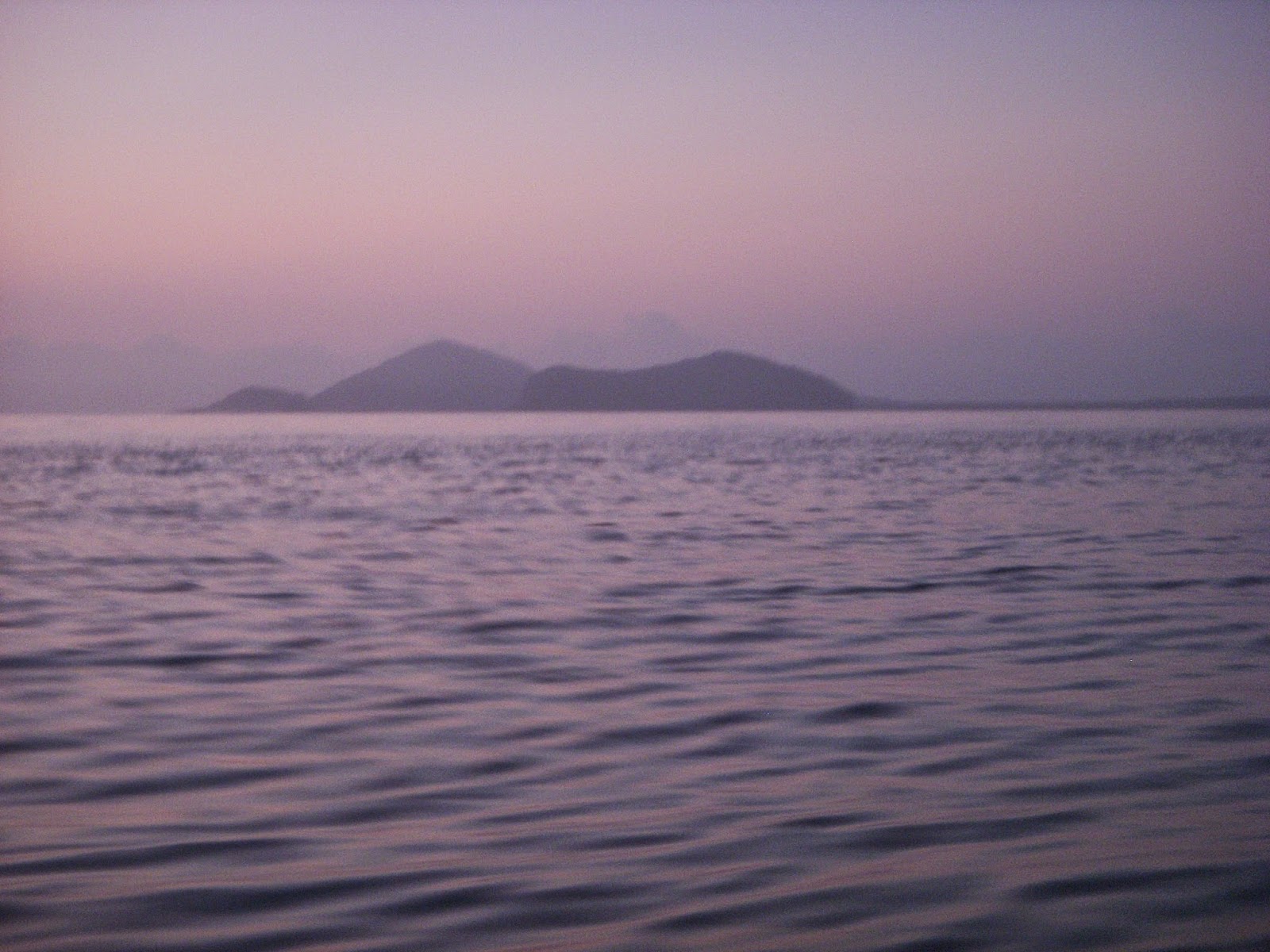 Galapagos Islands as we approached in the morning 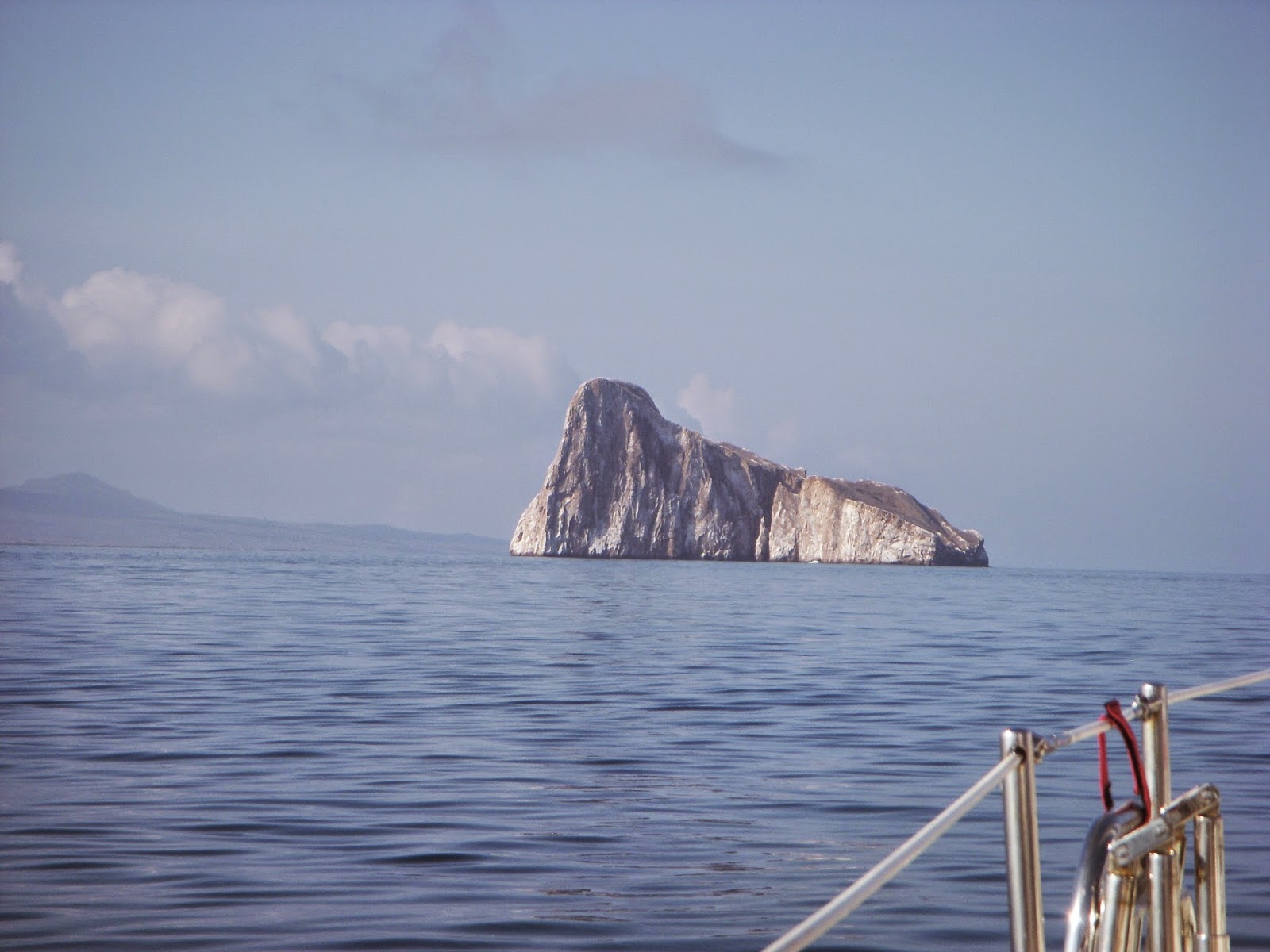 Finally Wreck Bay came into view.  Soon after I jumped on a mooring ball to tie us up a water taxi dropped 2 divers off who checked our bottom.  We had stopped just after crossing the equator  to clean our bottom.  We passed with flying colours with a comment from the 2 divers that it "Looks good".  A boarding party of 7 people arrived shortly thereafter and we all had 2 forms to complete as well as the many forms the captain had to complete.  Our fruit and vegetables were checked and after about an hour we were cleared. As Galapagos is one of the strictest entry points we will incur we all breathed  a sigh of relief.
Posted by Unknown at 12:55